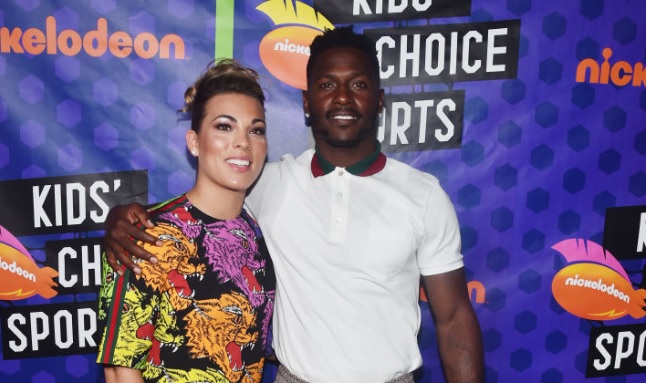 Antonio Brown’s fiancee Chelsie Kyriss is not in the mood to put up with people taking shots at her on the Internet.

Back in March 2020, Brown proposed to the mother of his children despite their tumultuous history together that includes many visits from the police to their house.

A little over a year after Brown’s proposal it appears that their relationship is over after the NFL wide receiver was allegedly spotted at the beach with Instagram model Cydney Moreau.

In a scathing response, Chelsie blasted Caroline for having once hooked up with Brown at his gym and sucked his d*ck for free while knowing that he had a fiancee and kids at home.