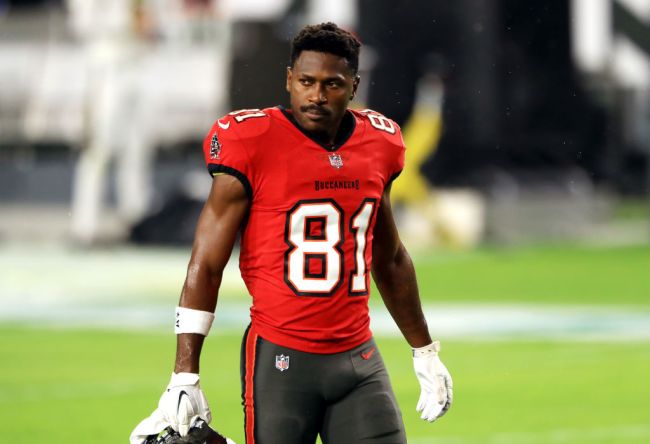 We’re finally beginning to learn what led to Antonio Brown’s outburst on the sidelines on Sunday.

According to NFL Network’s Ian Rapoport, Brown refused to reenter the game because he felt he was too injured to play and the Bucs coaching staff responded by kicking him off the sidelines.

While speaking to Jay Glazer, Arians claimed that Brown’s refusal to enter the game was the tipping point but didn’t mention anything about Brown’s claims that he was injured.

Just talked to Bruce Arians who said he was trying to get AB to go into game & AB refused. Tried again Brown refused & Arians told him to get out. On if he saw AB take his jersey off.

“Yeah, I did. Never seen anything like it in all my years.” @NFLonFOX

Arians will likely address Brown’s claims but at this point, it doesn’t matter because Brown has already been cut by the team.