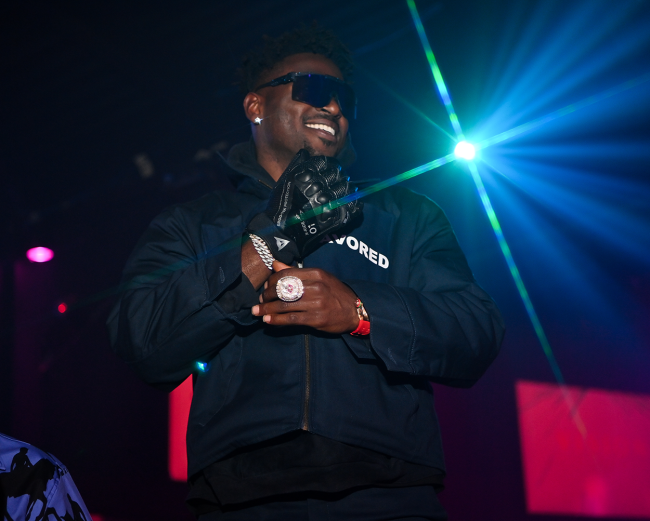 Antonio Brown has been out of football for about six months. The former All-Pro wide receiver threw his infamous tantrum during the Jets game in January and has not returned to the gridiron since.

It does not seem likely that a return to the NFL is in the cards, but stranger things have happened. Putting all of the drama and antics aside, Brown can ball. A team may decide to take a chance on him this fall because of his talent, but probably not. It doesn’t sound like Brown wants to get back onto the gridiron anytime soon anyway.

In the meantime, Brown has turned his focus to his music and entertainment career. And he has been out of the headlines over the course of the past few weeks.

That’s why his tweet on Thursday morning was so confusing. Brown posted the following:

The quote comes directly from a video of Kobe Bryant that recently went viral on social media. In fact, it made its rounds across the internet on Wednesday night, so it’s very possible that Brown watched the video on Thursday morning and then tweeted the quote as his own.

Brown’s tweet has left some NFL fans very confused, and others inspired.

Especially when you have the power to end the storm yourself. And not create new storms for no reason at all. And drag people that try to help you into your storm. But I guess some people like the attention they get from a storm. See what I’m saying, bruh?

Actually if you keep moving in the same direction as the storm, the storm stays pretty consistent

Storm never ends, you just learn to build a shelter.

Bruh you are the storm tho https://t.co/WzEfRI1xFp

Oh but AB, the storm has only just begun https://t.co/JGkjxbudBp

Holy shit. Said something rational and inspiring for a change! https://t.co/qYkAxwronZ

I Appreciate these words today https://t.co/cnVfJVgYFS

Brown’s tweet also doesn’t make much sense. He has made it pretty clear that he does not want to return to the NFL and he has not been in the press lately. What storm is he trying to weather?