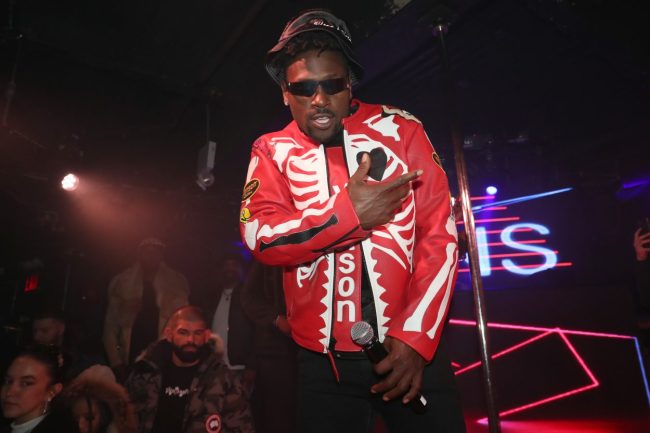 Antonio Brown comes with a myriad of off-the-field issues, but there is no denying that he is a talented wide receiver. The 33-year-old is a seven-time Pro Bowler, twice led the NFL in receiving yards and receptions, and earned All-Pro honors four times.

Sure, his best days may be behind him, but he has been an asset in each of the last two years. In only 15 appearances and seven starts with the Buccaneers, Brown recorded a combined 1,028 yards and eight touchdowns.

Perhaps even more telling, Brown has never averaged less than 10 yards per catch and averaged 13 yards every time he caught the ball in 2021. But then, on the second day of the new year, he had the craziest meltdown in NFL history.

Brown stripped off his uniform, threw it into the crowd, ran shirtless across the field during the game and quit. Just like that.

Although many believe that Brown will never play another snap in the NFL again, there is technically nothing stopping him from making a comeback. Tampa Bay officially released him on January 6th and he is currently a free agent.

Technically, if a team wanted to, it could sign Brown to play in the NFL playoffs next weekend. It won’t happen, but there is nothing preventing such a move.

Thus, Brown is eyeing a return to the NFL. Or, at the very least, throwing out the idea.

Brown recently joined the I AM ATHLETE podcast and was asked who he would want to play with if a team was willing to give him the opportunity. He did not hesitate with his answer.

AB went on I AM ATHLETE and said he's ready to play with Lamar Jackson 👀👀👀pic.twitter.com/AaxoHrEcl1

In response to the clip, Jackson quote tweeted the post with a devil emoji.

There is no denying that Jackson and Brown could become a dangerous duo. However, it is highly unlikely that head coach John Harbaugh and the Baltimore Ravens organization would be willing to take a risk on AB, based on his recent history and track record of behavior…