Antonio Brown Has Released A Lengthy Official Statement Via His Attorney 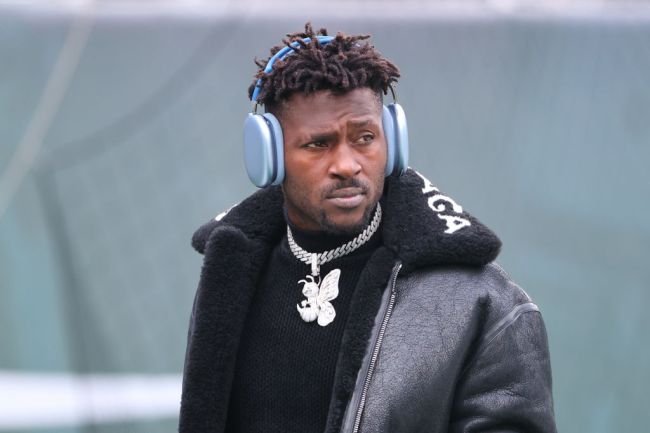 Former Tampa Bay Buccaneers wide receiver Antonio Brown, who ripped off his pads and shirt and stormed off the field during the Bucs’ game against the New York Jets, has released an official statement via his attorney that shares his side of what happened on Sunday, January 2. ESPN NFL reporter Adam Schefter posted the statement — which was shared by Brown’s lawyer Sean Burstyn — on his Twitter account.

“Because of my commitment to the game, I relented to pressure directly from my coach to play injured. Despite the pain, I suited up, the staff injected me with what I now know was a powerful and sometimes dangerous painkiller that the NFLPA has warned us against using, and I gave it all for the team,” Brown’s statement says in part.

“…the pain was extreme. I took a seat on the sideline and my coach came up to me, very upset, and shouted, ‘What’s wrong with you? What’s wrong with you?’ I told him, ‘It’s my ankle.’ He then ordered me to get on the field. I said, ‘Coach, I can’t.’ He didn’t call for medical attention. Instead, he shouted at me, ‘YOU’RE DONE!’ while he ran his finger across his throat,” Brown said.

“Coach was telling me that if I didn’t play hurt, then I was done with the Bucs. I didn’t quit. I was cut. I didn’t walk away from my brothers. I was thrown out.”

You can read Brown’s full statement below:

In his statement, Brown also acknowledged that he “makes mistakes” and is “working on himself” and has “positive influences” around him.

Brown, 33-years-old, was signed by the Bucs after being cut by both the New England Patriots and the then-Oakland Raiders, in 2020 thanks to the support of future Hall of Fame quarterback Tom Brady, and won his first Super Bowl championship with the team that same season.

A four-time first-team All-Pro selection and seven-time Pro Bowler, Brown has caught 928 passes for 12,291 yards and 83 touchdowns during his 12-season career (not counting the postseason) with the Pittsburgh Steelers, Oakland Raiders, New England Patriots, and Tampa Bay Bucs.

Following Brown’s departure from the Bucs’ game against the Jets — head coach Bruce Arians told reporters immediately after the game that Brown was no longer a part of the team — there has been endless discourse in the sports media world about whether or not Brown will ever suit up in the National Football League again.

In addition to the official statement, you can also find a brief, six-tweet-log statement from Brown’s lawyer below:

Antonio Brown never faked an injury in his life. It is incredible that people are pushing false rumors that what happened Sunday was the result of mental health issues and not a well known ankle injury. Mental health is important, but so is basic dignity. #CutAndCage 1/6

RELATED: Antonio Brown Reportedly Has Proof That He Visited Top Surgeon Who Confirmed He Was Dealing With Serious Ankle Injury