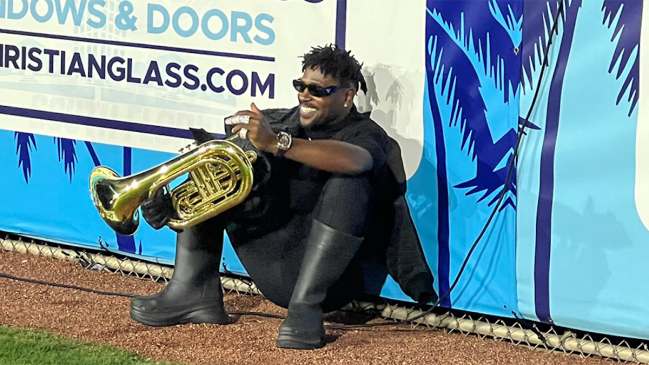 Aaron Rodgers is currently in the midst of what might be the worst year of his career with the Green Bay Packers currently sitting at 4-7.

While the Packers’ issues are multifaceted, there’s no denying that losing the presence of Davante Adams, arguably the league’s best wide receiver has severely hindered the Pack’s once-vaunted offense.

Given the timing of Adams’ departure from the Packers — just weeks after Rodgers announced he would be returning to the team — most of the NFL world has long thought that those two things are, naturally, related. Former NFL wideout Antonio Brown is certainly one of those people, as he tweeted out a shot at Aaron Rodgers on Thursday, sarcastically saying he wonders why Adams decided to leave Green Bay.

In addition to calling out Rodgers, Brown also claimed he was betting $10,000 on “Derek Carb and the Las Vegas Raiders. The Raiders were actually able to eke out a 22-16 victory over the Denver Broncos, and as a result, Carr actually responded to AB on Twitter.

In the final six games of their season, Rodgers and the Packers will take on the Philadelphia Eagles, Chicago Bears, Los Angeles Rams, Miami Dolphins, Minnesota Vikings, and Detroit Lions. If they want to have a shot at making the NFC playoffs as a Wild Card team, they’ll likely have to win all of their remaining six games.

As for the Raiders, despite how poor the wildly disappointing AFC West has been this year, they’re also likely out of playoff contention with their 3-7 and teams such as the Cincinnati Bengals, New York Jets, Los Angeles Chargers, Indianapolis Colts, and even the Jacksonville Jaguars.