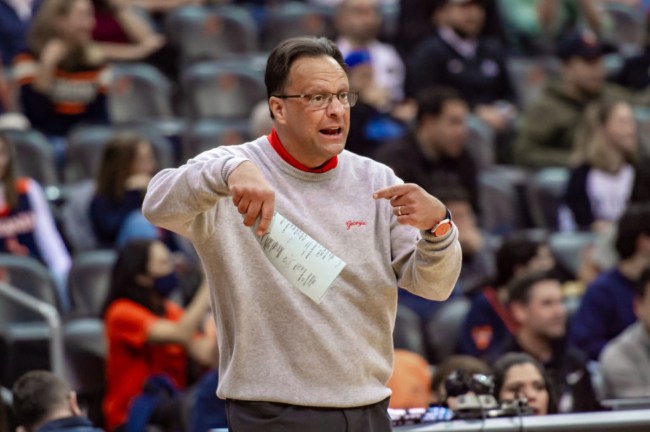 College sports rankings, whether it be football, basketball, baseball, or any other sport, are always subject to scrutiny. Fans simply love to argue about rankings, even though they really don’t matter until the end of the year in most cases.

While the majority of ranking arguments out there make no sense, sometimes the voting gods gift us with such horrendous mistakes we simply have to point them out.

This week’s catastrophic voting mistake comes in men’s college basketball where one AP voter decided to give 5-8 Georgia some love.

According to Jared Berson of ESPN Stats & Info, one AP voter voted Georgia as a Top 5 team this week instead of Gonzaga.

This is objectively hilarious. pic.twitter.com/SjNUMRvKV8

The AP did reach out to the voter, who has yet to be identified and got things squared away. However, that doesn’t hide the fact that a bad Georgia team was at one point a Top 5 team in the country on Monday.

The AP apparently reached out to the writer and resolved the situation.

Georgia no longer has a No. 4 vote and Gonzaga gains 22 voting points.

Georgia will have to be content with top-4 votes in football only.

Far too many people have votes in the AP poll. Some of the voters truly cause chaos just because their bias is so strong, but this was most definitely just a classic mistake by the voter.

Georgia has no business being anywhere close to the Top 25 with notable losses to ETSU, Gardner Webb, George Mason, and Wofford. Head coach Tom Crean is most certainly on the hot seat, but probably had a nice little laugh at the AP’s blunder on Monday.