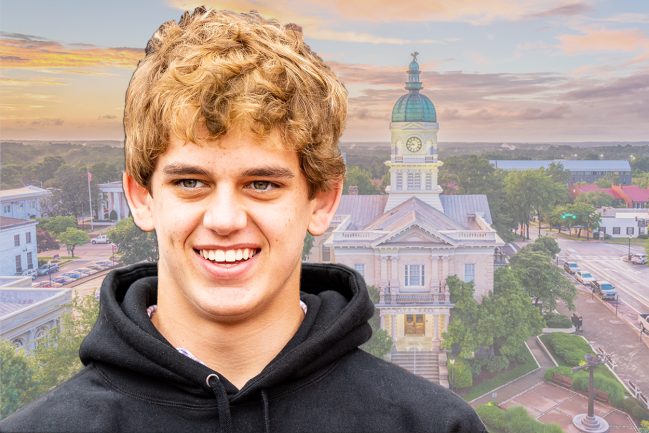 Arch Manning’s recruitment is the biggest storyline in the Class of 2023 by nature of his name. Wherever the grandson of the first family of football ends up, a slew of cameras will follow.

In the meantime, Manning’s every move is met with scrutiny and speculation. Each word that comes out of his mouth is taken in all kinds of different directions depending on what narrative is trying to be spun.

That was the case earlier this month when Manning made a profound statement about a particular college town.

As things currently stand, Texas and Georgia appear to be the final two. Barring unforeseen circumstances, Manning will likely be committing to either the Longhorns or the Bulldogs.

He has visited both schools on multiple occasions and loves different things about both programs.

In a recent interview after spring practice, Manning had high praise for the latter. He didn’t give too much insight into his recruitment and didn’t go into depth about either school, but had big praise for the town in which the University of Georgia sits.

Arch Manning said that Athens, Georgia is “probably the best college town he’s ever been to.”

Manning has spent a lot of time at Ole Miss in Oxford, which is considered one of the best college towns in the country. So for him to say that about Athens is a heavy statement.

Obviously, the college town may not be the deciding factor for where Manning ends up. And Austin is pretty cool as well.

However, former UGA quarterback Aaron Murray saw the quote circulate on social media and decided to use it as a chance to make his pitch. He said that life as a quarterback in Athens is not a bad life, which of course, he knows first-hand.

Ain’t a bad life being the QB there 😊@GeorgiaFootball https://t.co/glh9JoyqjC

Being QB1 at an SEC school, or a program like Texas, would be a wild life. To carry Manning’s name at a program of such caliber is even crazier. Murray wants him to know that it isn’t all too shabby though.