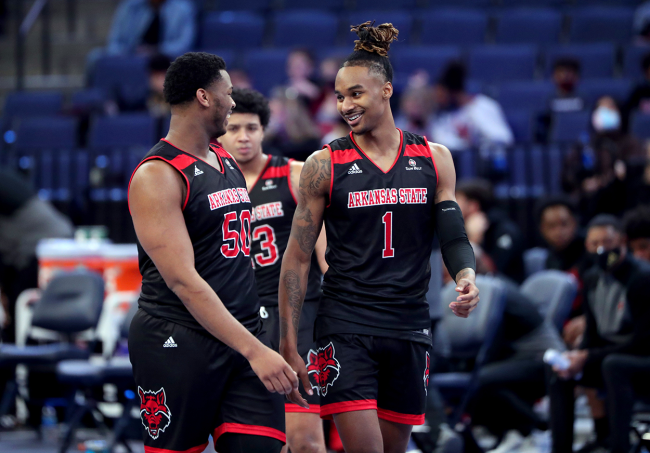 Arkansas State basketball assistant coach Mike Scutero has been with the program for five years. He will not be returning for a sixth.

Scutero announced that he is planning to leave the Red Wolves’ staff and did so with an incredible, unexpected twist. You’ll never see it coming.

Scutero graduated from Central Florida in 2005 and has worked with quite a few different programs across the country. He started his career with Lake Howell High School in Winter Park, Florida and was part of a staff that was recognized as Florida’s State Coaching Staff of the Year three times.

From there, he became the associate head coach and recruiting coordinator at Odessa College in Texas for five years. His team ranked top-10 in the NJCAA poll each of the years that he was there.

After spending time on the Juco level, Scutero was part of an NCAA Tournament team at Middle Tennessee State before a short stint at Kennesaw State and then eventually went on to join the staff at Arkansas State. Needless to say, he has climbed the ladder.

When Scutero was hired by the Red Wolves in 2017, he was listed among the top-25 best offseason coaching hires. He has more than 20 years of experience on the NCAA Division I, junior college, high school and AAU levels.

And now Scutero is stepping away from the game. His next move, however, is one that you will not expect.

Here is the announcement that Mike Scutero posted about leaving Arkansas State on his Twitter account, which he has since made private:

The twist comes at the very end, just wait for it. 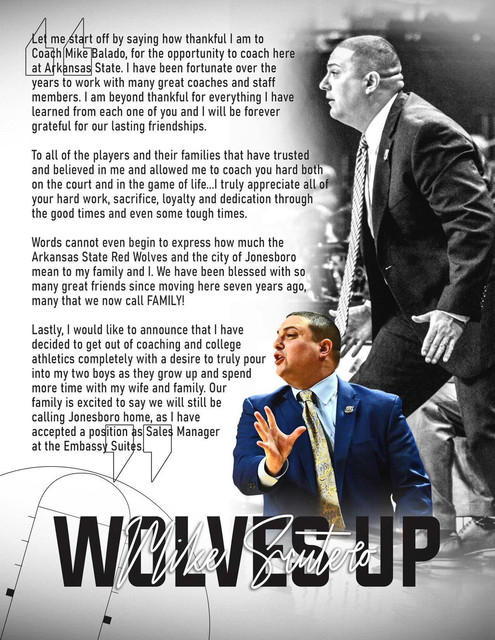 Scutero is leaving coaching for a Sales Manager role at the Embassy Suites in Jonesboro, Arkansas. Being an assistant coach can be very difficult on a family, especially after 20+ years.

You can’t blame Scutero for being ready to move on, but you also can’t help but appreciate what a remarkable twist he provided in his announcement. Exhilarating stuff!