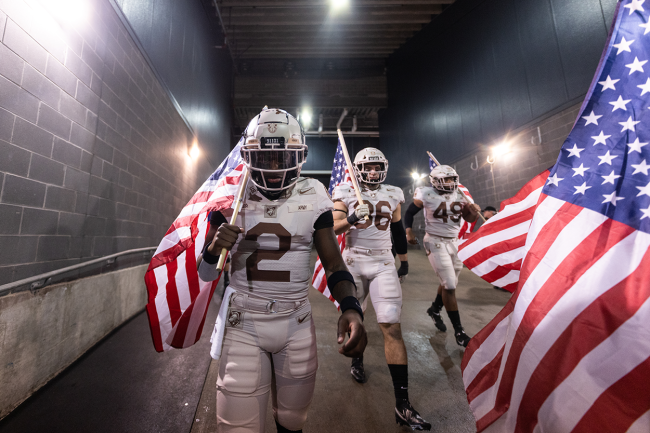 Recruiting top athletes to play college football at Army is not an easy task. Not only is the school a service academy that offers a completely different experience than other D-1 programs, but it’s not a team that will compete for a national championship.

In addition, after attending the United States Military Academy in West Point, graduates must serve a minimum of eight years in a combination of Active Duty and Reserve Component Service. That puts the school at a disadvantage in terms of landing top-ranked recruits.

Nevertheless, the Black Knights have had only one losing season since 2015 and have reached a bowl game in five of the last six years. What head coach Jeff Monken has built in upstate New York is rather impressive. He has a bunch of absolute dudes who simply grind their way to victory.

It takes a special type of person to attend a service academy, let alone to play sports on top of day-to-day activities. Zachary Dantzlerward may be one of them.

The 6-foot-4, 295-pound defensive line recruit has offers from Air Force, Furman, Old Dominion and Kent State, among others. He also has an offer from Army and recently took a visit to campus.

Dantzlerward documented his trip to West Point for his official recruiting visit to Army on TikTok and it was rather unique.

He shared the hotel room that was full of recruiting material, offered a look at the high-quality meals and transportation, bonded with coaches over bowling, and took a tour of the facilities. All pretty standard.

However, while on the Army visit, Dantzlerward took part in an activity that the vast majority of college football programs cannot offer. He went to the shooting range and shot a pistol.