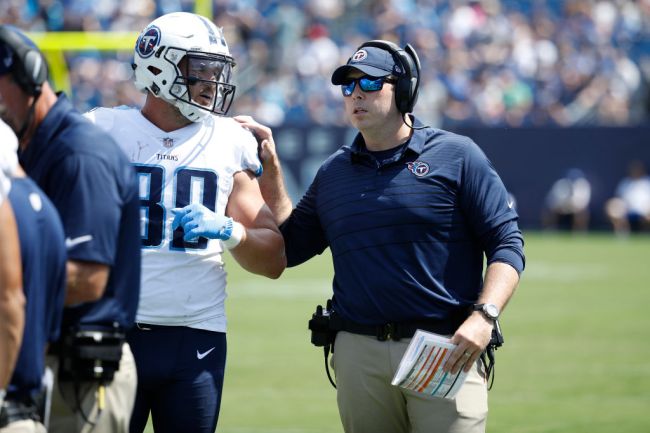 Tennessee Titans offensive coordinator Arthur Smith has agreed to terms to become the next head coach of the Atlanta Falcons. The 38-year-old replaces Dan Quinn, whom the franchise fired on Oct. 11 after beginning the season 0-5.

We have agreed to terms with Arthur Smith to become our next head coach.

What Smith has done in two years with the offense in Tennesee has been nothing short of impressive. Having Derrick Henry at running back helps, but the Titans reached a strong balance between the run and pass that led them to the fourth-best scoring offense in the league with 30.7 points per game this season. The team’s 396.4 total yards per game was good for third in the NFL and led them to back-to-back postseason births, but it was the way that Smith distributed the football that really stood out.

Henry became the eighth player in NFL history to rush for 2,000 yards while Ryan Tannehill threw for nearly 4,000 yards and 33 touchdowns. Wide receivers A.J. Brown and Corey Davis combined for more than 2,000 yards on the year.

Atlanta reportedly had Smith targeted all along, needing a spark on that side of the ball. He inherits a roster that stacks up similarly to the one in Tennessee with Julio Jones and Corey Davis making for an elite duo at wide receiver, and Matt Ryan at the helm. His offensive scheme matches well with the talent and is similar to the one that the Falcons ran under Kyle Shanahan when the team reached the Super Bowl in 2016. However, there is a significant question regarding the salary cap. The Falcons are estimated to be more than $35 million over budget, forcing hard decisions about releasing expensive veterans

Running back Todd Gurley is a free agent this offseason and may not return to the team, which would leave a void at running back. Ryan is being paid a significant sum of money on the final year of his contract that would cost nearly $50 million to release him, so they’re handcuffed to him for at least one more season. He is one of only 31 players under contract for 2021, so the rest of the roster will have to be built on a budget.