Atlanta Falcons Looking To Add To Their Quarterback Room, But It Might Not Be In Round 1 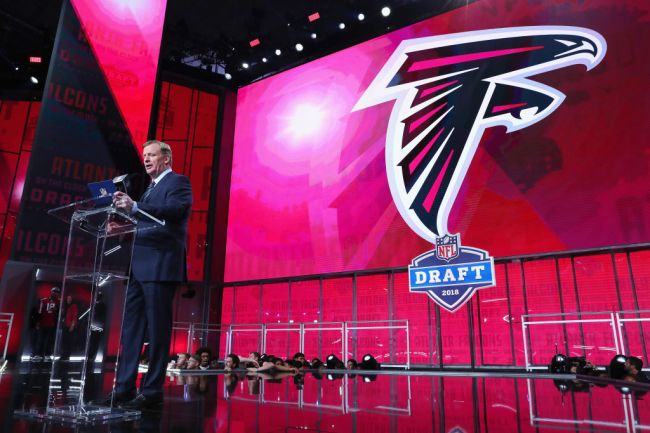 With just a couple of days until the NFL Draft, there is very little certainty about what the top 10 picks are going to look like. Even the top pick is still a mystery, which leaves a lot of possibilities for how things could play out.

Those possibilities include a quarterback not being taken anywhere in the top 10. However, one of the teams drafting in the top 10 revealed today that they are hoping to add to their quarterback room in the draft.

That team is the Atlanta Falcons, with GM Terry Fontenot giving this information to reporters at the team’s press conference today.

“We could come out of this draft with a QB, we want to add to that room, but we will see.” Fontenot reiterated that they aren’t giving away what they’re doing at 8, but that they have spent a lot of time with the QBs in this class. #Falcons pic.twitter.com/c1V4BOfFFQ

While the Falcons want to add to their quarterback room, it seems like a real possibility that they choose to address that later on in the draft rather than grabbing one at pick 8.

It doesn’t seem like there are many around the league who are particularly sold on the quarterbacks available in this draft. That could prevent the Falcons from taking a chance on one at pick 8, especially with Fontenot praising the class of edge rushers in the same press conference.

The Falcons have plenty of other issues they could address early in this draft. However, the fact that this year’s QB class isn’t overly appealing could allow some interesting options to drop into round 2. The Falcons might feel a lot more comfortable spending an early 2nd round pick on Desmond Ridder or Matt Corral if they drop than a top 10 pick on any QB in this draft.

With Marcus Mariota currently expected to start for the Falcons this season, they have some flexibility with their quarterback decisions in this draft. That could allow them to take a chance on a quarterback later in the draft rather than force a pick early on.