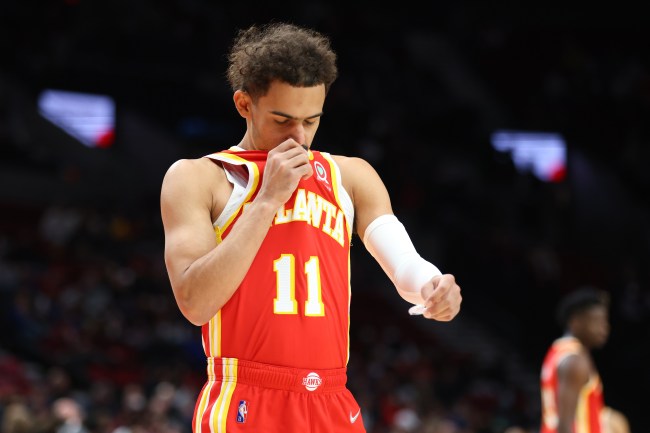 To say the Atlanta Hawks haven’t lived up to expectations this season would be a major understatement. Last year, they made a run all the way to the Eastern Conference Finals before being knocked out by the eventual NBA champs. They then managed to hold onto all of their key pieces for this year.

That unfortunately hasn’t translated to success this season and their general manager, Travis Schlenk, is clearly getting fed up. Here’s what he had to say to a local radio station yesterday.

"We’ve seen this group have success, and to see the group not make the necessary effort plays it takes to win an NBA game, it’s just become frustrating." pic.twitter.com/pfnw3w6XMx

Hawks General Manager Travis Schlenk on @929TheGame this morning: "It's a hard pill to swallow when you're team isn't playing as well as you think it should. Maybe I should lower my expectations for this team."

Those sound like the words of a man who is losing hope and it’s not hard to see why. The Hawks are currently 4 games under .500 and are currently in 12th place in the Eastern Conference. That is in spite of the fact that Trae Young is currently 2nd in the NBA in scoring and averaging the 3rd most assists.

The man needs some help and the GM can see he isn’t getting any. While Schlenk was exaggerating about every team dropping 130 points on them (although it has happened in 3 of the last 4 games), He isn’t far off of how bad their defense is.

The Hawks are allowing opponents to score 111.3 points per game. That’s the 7th most in the league. If the team doesn’t start getting better defensive efforts soon, this could be a lost year for the Atlanta Hawks.

It certainly sounds like their GM is ready to give up and start looking into making some changes at the trade deadline.