Auburn Is Reportedly Closing In On Their Next Head Football Coach 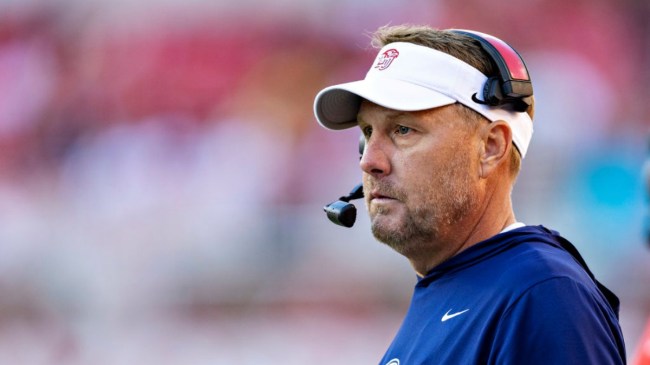 There have recently been some major rumors swirling around about who will be the next head football coach at Auburn. Unfortunately for Auburn fans, it seems there has been no truth to the rumors about Lane Kiffin, so the program will have to look elsewhere to find the coach who will turn their program around.

Today it was revealed that Auburn is closing in on that coach and just who it is that they are looking to hire to take over the program next season.

According to ESPN’s Pete Thamel, Auburn has been in talks with Hugh Freeze for weeks, but won’t make a formal offer until after today’s Iron Bowl.

Sources: Auburn has been in discussion with Hugh Freeze for weeks about him becoming Auburn's next coach. They won't make a formal offer until after the Iron Bowl, but they've informally discussed contract and numbers with him for more than week.

This would be Freeze’s 2nd stint in the SEC and Auburn will be hoping it goes better than his 1st. The first time around, Freeze was in charge of an Ole Miss team that ended up vacating its wins in 4 of the 5 seasons that he was their coach and finished below .500 during SEC play in 3 of his seasons.

His time as the head coach of the rebels came to an end after he they failed to make a bowl game in 2016.

It took until 2019 for him to once again be given the reigns of a program, but he has been very successful since taking over at Liberty. He has won at least 8 games in each of his first 4 seasons. This year they jumped out to an 8-1 start to work their way into the Top 25 for the 2nd time in the last 3 seasons.

Right now Freeze will just have to hope that his team’s performance against New Mexico State isn’t enough to make Auburn change their mind.