Thousands Of Mad Aussies Take To The Streets To Celebrate Historic World Cup Victory At 4 A.M. 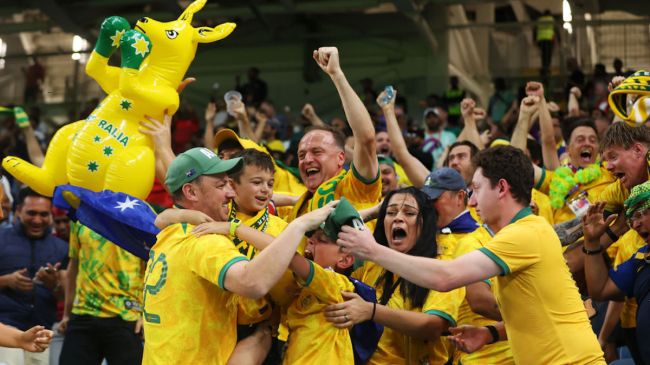 The Australian National Team — one of the lowest-ranked teams at the 2022 World Cup other than the likes of Qatar, Ecuador, Canada, and Saudi Arabia — advanced to the tournament’s Round of 16 thanks to a 1-0 win over favored Denmark. This marks just the second time in the history of the Australian National Team program that they’ve advanced to the knockout stages of the FIFA World Cup.

Following the game, which concluded around 4:00 a.m. local time in Australia, fans of the Socceroos predictably went nuts and produced some incredible scenes of celebration — particularly at Fed Square in Melbourne — that highlighted the joy of the World Cup at its purest.

AUSTRALIA. This is what the World Cup is meant to look like. Incredible. Parties in Australia going to last clear through next summer’s Women’s World Cup. 🇦🇺💛🇦🇺💚pic.twitter.com/2DbntMEEQ8

In addition to Australia, France also advanced out of Group D to the knockout stages. While both teams were on six points following two wins and a loss, France ultimately won the group due to their superior goal differential.

While Australia’s next opponent has yet to be determined (at the time of this writing), their next match has already been confirmed as they’ll play their Round of 16 game on Saturday at 2 p.m. EST following the United State Men’s National Team’s game against the Netherlands.

RELATED: USMNT Proves Their All Class With Incredible Postgame Embraces Of And Messages To The Iranian National Team