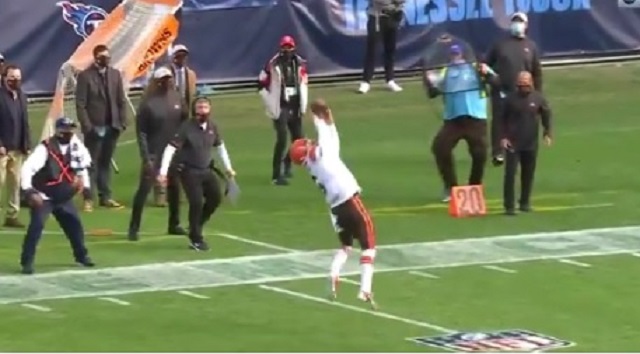 The Cleveland Browns are getting a bit creative against the Titans on Sunday.

In the first quarter of the game, Mayfield was able to make an acrobatic catch off a throw by Jarvis Landry during a Browns trick play.

The throw went a bit over Mayfield’s head and he had to jump to catch while also tip-toeing to stay inbounds. Impressive.

Everything is working for Baker and the Browns in the first half. Not only does Baker have a catch but he’s also thrown for four TDs before the half.