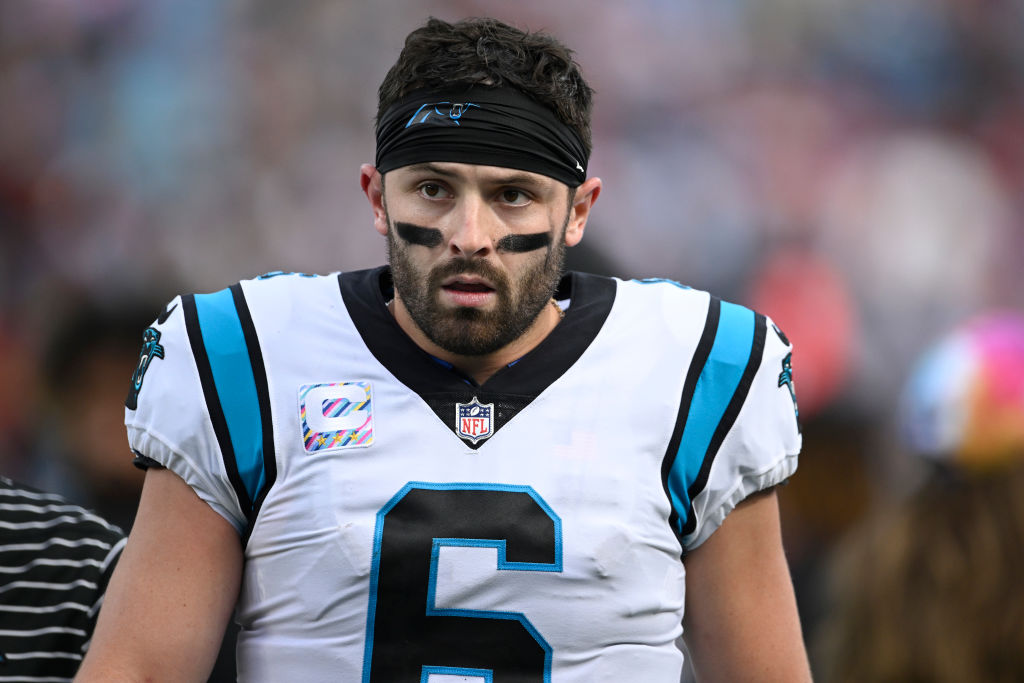 Baker Mayfield is going through a rough period in Carolina.

“We’ve seen over the last couple of weeks, with (Walker) putting the time in … he’s shown that he can handle certain things,” Wilks said. “So I’m very pleased.”

“Baker, to me, has been the ultimate, ultimate pro,” “As a guy who I know personally being around him and knowing that he is such a competitor. All these guys wanna play. And they should. I mean, that’s their mentality. But he’s supported PJ on and off the field. And to see him do what he did—just a testament to who he is as a person.”

Things have gotten so bad for Mayfield that he’s playing defensive end for the scout team defense in practice.

They got Baker rushing the passer?!?! LMFAO https://t.co/REeO0vxfJr