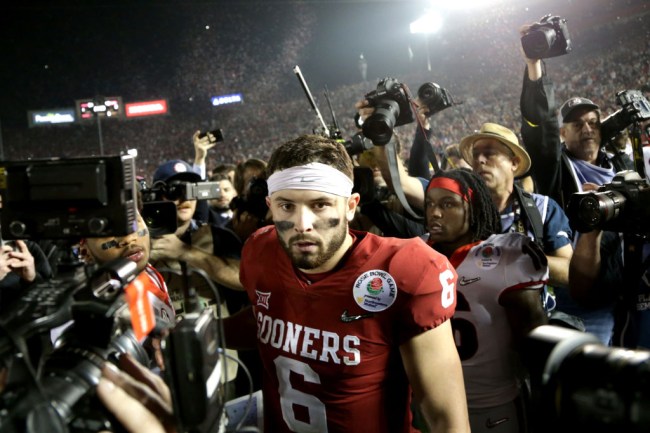 Unlike former UCLA QB Josh Rosen, Baker Mayfield doesn’t have a problem with the Cleveland Browns picking him #1 overall in the NFL draft.

Yesterday, the former Oklahoma Sooners QB and 2017 Heisman trophy winner made his pitch to the Browns to pick him No. 1 overall during a radio interview

Unfortunately for Mayfield he’s being compared to the Browns former first round pick Johnny Manziel for his off the field antics. Mayfield has been working hard to shake the Manziel comparisons in the past few weeks..

“I want to show the type of guy I am. Everyone wants to portray (me) as a bad boy, the Johnny Manziel stuff,” Mayfield said. “I love the game of football, there’s no doubt about that. I’m an emotional player. I’ll do anything it takes to win. I love being around my teammates, leading and having responsibilities. It is what it is. If I paid too much attention to it, I’d be focusing on the wrong things.”

We’ll have to wait and see if the Browns will be willing to take a chance on Mayfield despite the comparisons to Johnny Football.