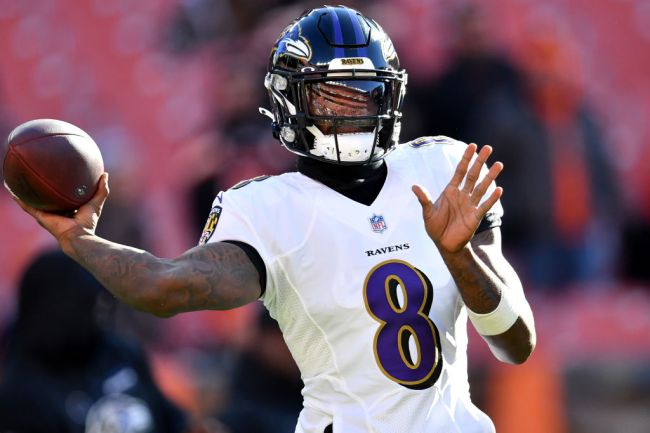 One of the biggest stories this NFL offseason that has really flown under the radar is Lamar Jackson’s contract negotiation. It’s easy to see why it hasn’t garnered more attention with the way the offseason has played out so far, but it is a situation to monitor in the NFL.

Lamar Jackson is currently slated to play this season on the fifth-year option of his rookie contract. However, the Baltimore Ravens have at least attempted to change that. There has seemingly been one major issue, though. Jackson has reportedly been ghosting them. That makes it a little bit difficult to negotiate a new deal.

Still, it is expected that we’ll see them come to terms some time before the start of the season so this story doesn’t drag through the year and so the Ravens don’t have to worry about him hitting free agency.

Today the team’s owner, Steve Bisciotti, was asked about the situation. He gave a surprising take on what is happening with the negotiations right now.

Ravens owner Steve Bisciotti on Lamar Jackson's lack of urgency to negotiate an extension: "It’s unique
as hell … The kid is so obsessed with winning a Super Bowl, that I think deep down, he doesn’t think he’s worthy. I think he wants that to say, ‘Now, I deserve to be on top'"

I don’t really know what to make of this comment as Lamar Jackson has never really given off the appearance of somebody lacking for confidence, especially on the football field. He has also already won an MVP in his career, which automatically puts him in the conversation of players deserving a big contract at QB.

Whatever the actual reasoning is for Jackson to be avoiding negotiations right now, this feels like a situation that is going to be resolved without too much future drama.