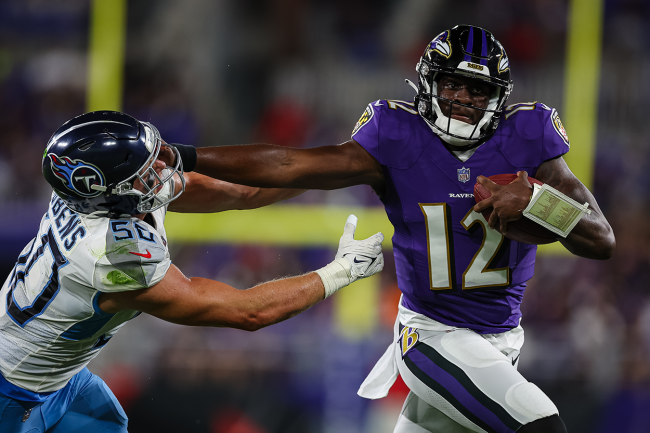 The Ravens got the first monkey off of their back on Thursday night. They continued their run as the greatest preseason streak of all-time.

Over the course of the last six years, dating back to 2016, Baltimore has not lost. Not one time.

By winning the final game of the preseason in 2021, the Ravens surpassed the Green Bay Packers’ 19-game stretch from 1959 to 1962 as the longest winning streak in NFL preseason history. They carried that 20-game streak into Thursday night’s game against the Titans, their first game of 2022.

The vast majority of the starters did not play for either side, which put a lot of pressure on the second, third and fourth string players to step up and carry on the legacy. They did.

Baltimore beat Tennessee 23-10 behind touchdowns from Mike Davis, Tyler Huntley, and three field goals. Huntley was impressive and went 16-of-18 without an interception and Anthony Brown came on to replace him, going 10-of-15 without a pick.

Here is the full list of wins over the course of the Ravens’ 21-game winning streak:

Baltimore will travel to Arizona on August 21st and will finish out the regular season at home against Washington on August 27th. Will the streak continue? Only time will tell.