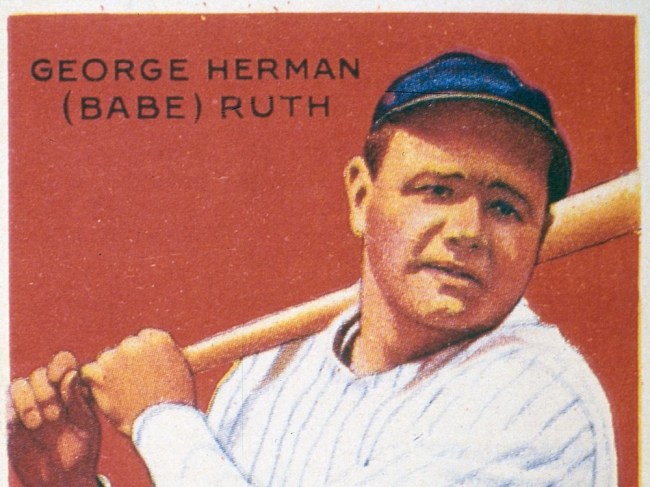 James Micioni was known around his NJ town as “Uncle Jimmy.” In March, the beloved Uncle Jimmy passed away at the age of 97.

Micioni left his family not only nine decades worth of fond memories but a baseball card collection worth millions.

Uncle Jimmy had a collection of more than 1,000 vintage baseball cards, including a signed Babe Ruth card from 1933. The Ruth card alone is expected to get over $100K at auction.

Baseball card experts say the discovery of Micioni’s collection is “one of the most incredible finds in the history of the hobby.” The entire collection is authenticated and graded by Professional Sports Authenticator.

Other cards in Micioni’s collection include:

Micioni’s collection also included several other pieces of baseball memorabilia, including artifacts from some of the most fabled games and players in the history of the game, such as a rare Mickey Mantle plastic plaque from 1963 that has surfaced only a couple of times since.

Because of Micioni’s meticulous handling of his collection, “the nearly century-old cards have some of the most vibrant colors that have ever been seen in cards that old, while the signatures are in spectacular condition for their age.”

Micioni was never married, never drove a car, and lived in the same house his entire life, so the New Jersey native had plenty of time on his hands to collect and care for his collection.

Micioni had seven nieces and nephews who knew their uncle was an avid collector but really didn’t understand the magnitude of Uncle Jimmy’s collection.

“No one in the family was as knowledgeable about the baseball card industry as Uncle Jimmy,” nephew Peter Micioni told NJ.com. “So we really didn’t know a good card from a not-so-good card.”

The Uncle Jimmy collection will be broken down and will be auctioned off as 2,000 separate lots. The first 650 lots go up for auction beginning June 14 as part of a four-week online auction hosted by Wheatland Auction Services.

“Maybe once a decade something like this comes around,” Wheatland Auction owner Chuck Whisman told NJ.com. “The cool thing is, nobody knew of his collection. He just collected his whole life. He didn’t show it off to anyone.”