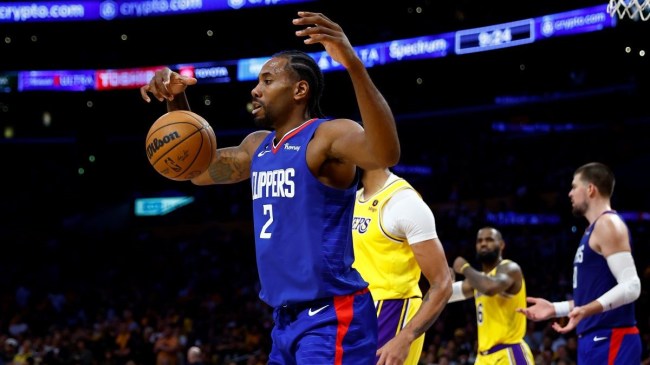 When the Los Angeles Clippers signed Kawhi Leonard to a four-year, $176 million contract extension in August of 2021, they must have had confidence that he’d return to full health after tearing his ACL the season.

Leonard is, after all, a transcendent talent when fully healthy who is capable of single-handedly lifting a team to a championship level. The problem, however, is that he’s so rarely fully healthy. Injuries have plagued Leonard throughout his career dating back to his time with the San Antonio Spurs.

Most recently, Leonard missed the entirety of the 2021-22 NBA season while rehabbing his torn NBA. He then played just the first two games of the 2022-23 NBA season before missing the next 11 games due to lingering knee pain.

The superstar finally returned to the court again on Thursday night. He started for the Clippers in a 96-91 victory over the Detroit Pistons. But Leonard looked nothing like the superstar player that Los Angeles expects. The 31-year-old forward shot just 2-of-8 from the field for six points. He missed all three 3-point attempts that he shot and didn’t contribute any defensive counting stats.

Leonard’s difficult performance had some fans wondering if we’ve already started to see his decline as a player.

Coming back from injuries is difficult. Just ask Golden State Warriors’ superstar Klay Thompson. But Leonard has had more than a year off to recuperate and then needed additional time off after returning too soon. The mounting injury concerns and troublesome stat line left fans to consider if this is it for Leonard as an NBA superstar.

The good news for the Clippers is that Leonard was a game-high +26. So it’s clear that opponents still see him as a threat. How long that continues, however, is anyone’s guess.