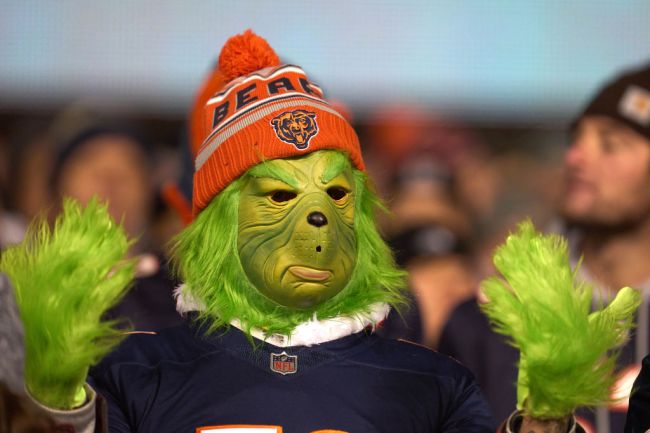 Perhaps unsurprisingly, yesterday’s NFL games were absolute garbage. The league is having to reschedule games on the fly due to positive COVID cases and it’s obviously having a knock-on effect on the quality of play. The Browns had to roll out their third-string quarterback last night, and unsurprisingly, their offense looked terrible. Yet, funnily enough, a position not affected by COVID — their kicker — is the one that ultimately cost them the game. Ah, what an experience it must be to be a Browns fan. And I’m a Jets fan, so I feel your pain, fellas.

The Chicago Bears, on the other hand, while not as ravaged by COVID as some other teams, do have an infectious issue of their own, and that’s head coach Matt Nagy, whose career as Bears head coach must surely be on life support at this point. The Bears were only able to muster three points last night… until the final second of the game, of course, when Justin Fields threw up a prayer that was ultimately reeled in by Jesper Horsted. Yes, Jesper Horsted! I’ve never heard of him either.

Remember how I mentioned earlier that the quality of NFL games was severely impacted last night, therefore hindering their ultimate entertainment value? That’s not necessarily true for everyone, as having financial skin in the game means you’re always on the edge of your seat. If there was ever an advertisement for why gambling is a good thing, it was last night’s games.

Conversely, though, the ending of the Bears-Vikings game was also a thesis statement in why gambling can be THE WORST, as the Bears, who were +7.5 on the night didn’t get the opportunity to kick the extra point, finishing the game down 8 and breaking the hearts of bettors who thought they’d just witnessed a miracle push. Pain.

No Extra Point 17-9 Vikings over Bears, that's it!?@NFL you don't need time on the clock, to kick the extra point, people have millions of dollars on that game, the spread was 7!

Haha. Spread was 7 1/2 and the Bears decline to kick the extra point and lose by 8.#NFL

#Vikings get the cover over the #Bears because no extra point try attempted after Chicago's TD at the end of game. 7-pont spread. 17-9 final.

The Vikings/Bears spread was 7 points, not allowing the extra point just cost a lot of people a lot of money

Bears missed the spread by one pic.twitter.com/LAEAhcxLwo

Watching the #Bears score a garbage time TD, only for there to be no opportunity to get a point after attempt and get a push. #MNF pic.twitter.com/GxfX1BYcNB