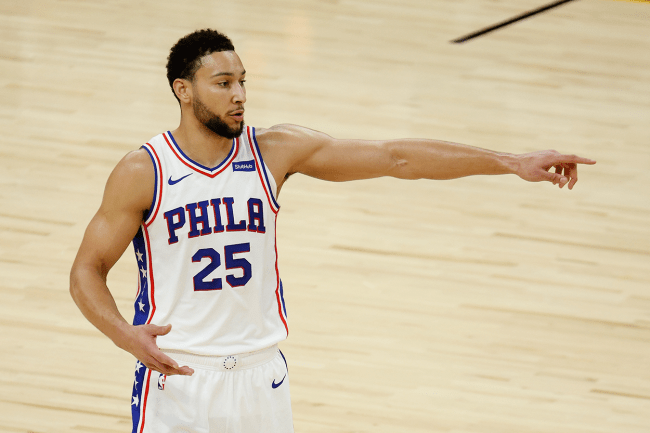 The Ben Simmons sweepstakes is down to seven teams. As the 25-year-old guard continues to sit out for the Philadelphia 76ers, a trade continues to be imminent.

The relationship between Simmons and his organization is broken beyond repair and there is simply no way to keep him in the City of Brotherly Love long-term, or short-term, for that matter. Thus, there is increasing pressure to trade him now before his value continues to drop.

According to a new report from Shams Charania of The Athletic, seven franchises remain interested in acquiring Simmons.

Many of the teams are new to the pool.

Charania says that it is “unclear how much traction Philadelphia truly has on any move.” However, if a trade were to get done today, these teams would be in the mix:

In return, the 76ers are reportedly looking for an All-Star-caliber player and/or multiple first-round draft picks. Whether that will be possible is yet to be seen and with every passing day, Simmons’ trade value seems to drop.

Philadelphia is eager to move their disgruntled point guard and waiting around serves them no good. Thus, although there is no timetable set for a Simmons trade, it is likely that both sides would rather get one done sooner than later.

Simmons has yet to play for the Sixers this season after showing up late to training camp. He has informed coaches and teammates that he is not mentally ready to rejoin the team.

On the suitor side, Portland has had trade talks in the past surrounding Simmons. And, earlier this week, a report came to light that Damian Lillard would like to play with Simmons.

As of right now, the Trail Blazers appear to be the atop the list. But with that being said, nobody really knows, and it appears that teams might be waiting for the price tag to drop.