Ben Zobrist’s Pastor Reportedly Manipulated Him Into Giving Wife Space, Only To See Her Cheat With Said Pastor 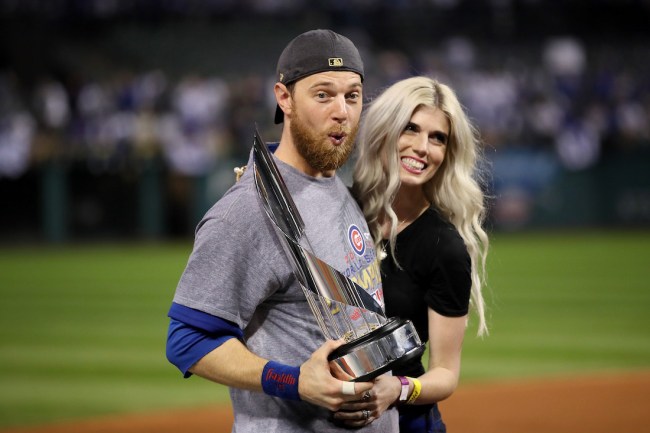 Ben Zobrist had a pretty solid MLB career, and is best-known for winning the 2016 World Series MVP Award after helping the Chicago Cubs snap the franchise’s long championship drought. But in 2020, the player took a leave of absence from the club due to personal issues stemming from a divorce with his wife, Julianna Zobrist — which hadn’t really made news much until then.

Fast-forward to today, and reports claim that Ben and Julianna weren’t just getting a divorce, but that she allegedly cheated on him with the family’s pastor. But the details are even more disgusting than that.

According to the Peoria Journal Star, Ben Zobrist is seeking $6 million in damages from Byron Yawn, the CEO of a Nashville-area consulting firm and former paster at a church in the city. The story claims Yawn met Ben and Julianna Zobrist about 16 years ago and developed a friendship with their family — which includes three kids — and that, during that time, the former MLB player lost about $8 million in income.

So what was going on? Allegedly, Yawn was defrauding Zobrist’s charity foundation, for which he worked, while also providing the Zobrists pre- and post-marital counseling, according to the latest lawsuit. He also counseled Ben Zobrist regarding anxiety and depression.

Meanwhile, Byron Yawn was sleeping with the wife of the 2016 World Series MVP. All of this is so messed up, and sounds more like the plot of a crappy Lifetime movie than something that happens in real life.

Per the Journal Star:

Beginning in August 2018, Yawn talked daily with Julianna Zobrist, the lawsuit states. It alleges their sexual relationship began in the spring of 2019 and lasted for about a year.

Robin Yawn notified Ben Zobrist, but she told him she believed her husband and his wife were engaged in an emotional relationship, not a physical one, the lawsuit states. The Zobrists then began marital counseling.

Ben Zobrist did not know until June 2020 that his wife and Byron Yawn had a sexual relationship, the lawsuit states. Julianna Zobrist admitted the nature of the relationship, and that she lied to her husband about it, in responses to written requests for admission in a divorce proceeding.

During that time, [after his wife filed for divorce in 2019] as his marriage began to crumble, Zobrist was confiding in Byron Yawn.

That last sentence really makes you cringe, doesn’t it? While this whole thing was going on with his wife, Ben Zobrist was getting counseling from the same pastor who was sleeping with his wife. Yawn even suggested Zobrist give his wife some space, per court documents showing texts between the two men.

“She used the words emotional, verbal and spiritual abuse. I was shocked,” Ben Zobrist texted. “Can’t be 2,000 miles away from her and kids while she’s thinking that about me. I have owned every bit of my sin, but I will not own the abuse angle.”

Replied Byron Yawn: “I’m sure it’s like getting knocked off your feet and into your head. But I can’t imagine what it feels like in this moment. Your (sic) a husband and a father first. That’s who you are.”

Yawn encouraged Zobrist to give his wife some space, the lawsuit alleges.

You’ve got to feel so bad for the former Chicago Cubs player, who was manipulated through all of this. What a bunch of cowards both Julianna Zobrist and this Byron Yawn guy are. There is scum, then there are these two, who are a whole new breed of trash in order to scheme up such a lie.

There’s so much to unpack with this story — like how Yawn was regularly stealing money and/or commanding a $3,500 per month salary from the Zobrists — that it’s honestly hard to even write or read about. But it’s a reminder that there are some terrible, miserable, seriously conniving assholes out there, so be careful.