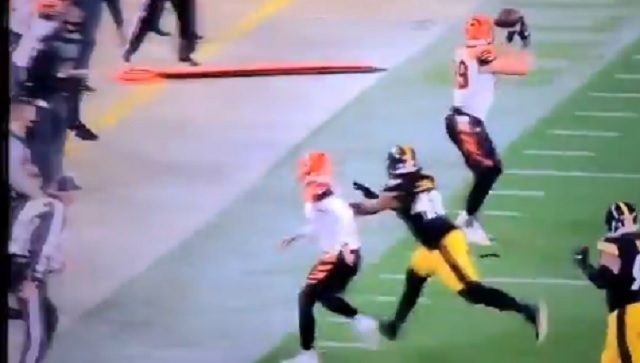 Bengals fans are once again angry at a Steelers player.

During Sunday’s Steelers-Bengals game, Bengals fans accused Bud Dupree, who has a long history of doling out cheap shots on QBs, of deliberately shoving Joe Burrow into the bench while Burrow had already given himself out of bounds.

Bud Dupree has had problems with cheap shots before, and here he gives Burrow a second shove out of bounds on a bad weather day. Burrow takes a tumble as a result, limps on the field. pic.twitter.com/rdu9Bwwm67

While Dupree’s light shove on Burrown didn’t seem egregious, Bengals fans thought it was dirty and called out the Steelers linebacker.

Years and trends come and go but Pittsburgh cheap shots on Cincy are eternal https://t.co/2wwbjY8TFI

Steelers stay the dirtiest team in the nfl. They’re bred to be like this https://t.co/AY5wBEZGWW