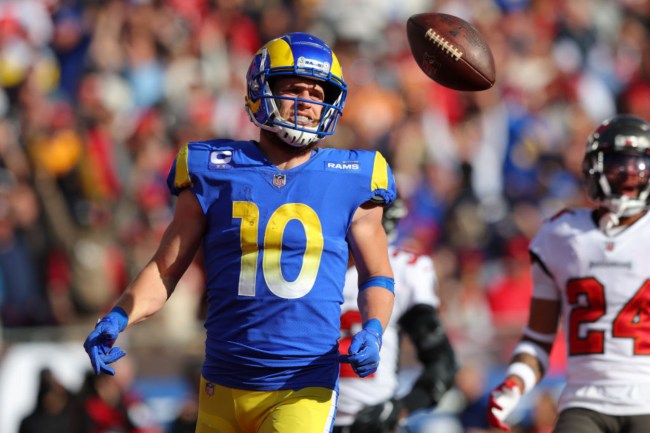 With the dust settling from big-time trades and the NFL Draft, it’s time to see which players around the league have made the biggest splash on the jersey market.

The NFL released its list of the Top 10 best-selling jerseys in the league heading into the thick of the summer.

It’s safe to say Denver Broncos fans are excited for the Russel Wilson era to begin as he holds the No. 1 spot on the list.

While Wilson’s name atop the list isn’t too surprising, Kenny Pickett holding down the No. 4 spot certainly is. Sure, you have the local ties with him being drafted by the Steelers out of Pitt, but to see a rookie that may not see the field this season to have such a well-selling jersey is a bit of a shock.

Another surprise is to see Patrick Mahomes and Joe Burrow in the ninth and 10th spots, respectively. One might imagine they’d be on the front-half of the list.

The hottest unis on the market 👀

Whose jersey are you getting next? pic.twitter.com/TA9ppNAgPZ

We may have a first in best-selling jersey list history here, too, without a single Dallas Cowboy making the Top 10.

Its crazy Kenny Pickett is top 4 selling jerseys and fam is going to be qb3 when the season starts https://t.co/r64bwEApuE

Not a single Cowboy. Obviously a lot of new-ness though with players changing teams and rookie Kenny Pickett.