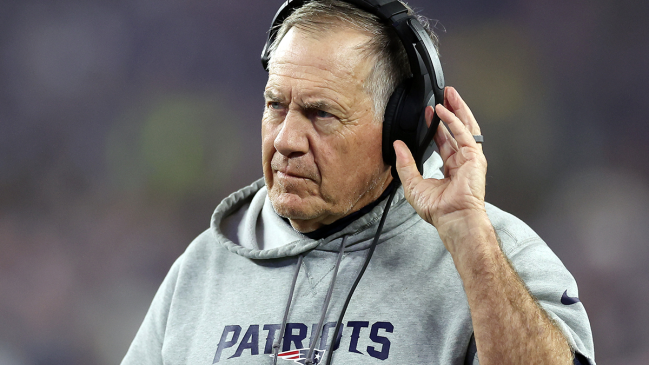 Growing up as a bitter New York Jets fan, I would often compare Bill Belichick and Gregg Popovich, with the latter being proof that it’s possible to be a historically excellent coach without acting like such a jerk.

So it obviously goes without saying that I’ve quite enjoyed how Belichick has been somewhat exposed in recent years without the services of future Hall of Fame quarterback Tom Brady. Don’t get me wrong, Belichick is still on the Mt. Rushmore of NFL coaches, but three years after parting ways with Tom Brady, it’s clear that his career hasn’t been the same since.

On Thursday, following a 24-10 loss to the Buffalo Bills, the Patriots dropped to 6-6 which somewhat shockingly puts them in last place in the surprisingly strong AFC East. Making matters worse for the Pats is the way in which 2nd-year QB Mac Jones very clearly lost his cool on the sidelines due to the offense’s ineptitude.

Naturally, when asked about the team’s sputtering offense, Belichick gave a classic Belichickian nonanswer and basically explained how every week is different, which means nothing.

“We need to just keep working to improve it every week,” Belichick said. “This week will be different. Arizona’s a different defense than Buffalo. Buffalo’s a different defense than Minnesota. Minnesota’s a different defense than the Jets. So it’s not as simple as . . . improving your time in the mile run. I mean that’s not what this is. This is about competing against another team. So we’ll see what all that entails as we get into Arizona. But we need to continue to work to do things better on our end. Then as it relates to our specific opponent, then match them up and doing well against that opponent. So that’s really the process.” [via ProFootballTalk]

The Pats will close out their 2022 season with matchups against the Arizona Cardinals, Las Vegas Raiders, Cincinnati Bengals, Miami Dolphins, and Buffalo Bills. As things currently stand (at the time of this writing), the Patriots are on the outside looking into the AFC playoffs as they currently trail the New York Jets and Los Angeles Chargers for the 7th and final seed.