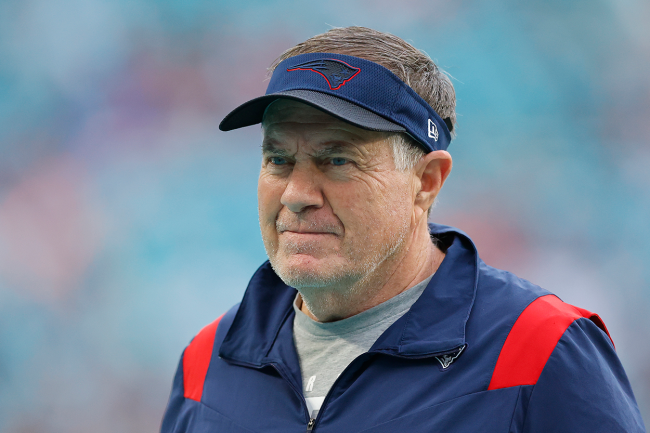 Bill Belichick turns 70 years old next month and he is entering his 47th year as a coach in the NFL. He has been around so long that he began his career with the Baltimore Colts.

After rising through the ranks as an assistant, Belichick took over as the defensive coordinator with the Giants in 1985 and then was named the head coach of the Browns in 1991. Four years later he was fired by Cleveland (oops!) and spent time as the assistant head coach with the Patriots and Jets.

And then, in 2000, Belichick was named the head coach in New England and has been there ever since. Now, six Super Bowl titles later, he is entering his 23rd season with the Patriots.

Of course, Belichick has never been a man of many words. In fact, he is hardly a man of few words. He rarely goes above and beyond during press conferences and rarely goes longer than a few sentences while addressing the media and its questions.

That was the case once again on Monday. Belichick was asked about his 23rd season with New England and had just three words to sum up his emotions and how he feels.

Belichick on entering his 23rd year with the Patriots: “I enjoy it.” pic.twitter.com/ib8NSCkHKZ

If you can’t tell by his very expressive, outward demeanor, Belichick enjoys coaching the Patriots. Thanks, Bill.