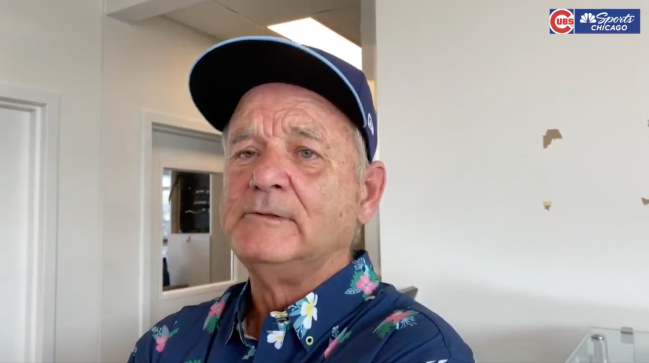 Until this afternoon, Wrigley Field had not been at full capacity in nearly two years. Nearly two years. Chicago Cubs fans packed the second-oldest stadium in baseball for the first time in 21 months on Friday and they were loud. Particularly in the bleacher section, as is per usual.

Cubs break out the giant USA flag during the anthem for what they’re calling Opening Day 2.0 with Wrigley Field back to full capacity today for the first time since 2019. pic.twitter.com/62SSWUNMzu

The home team fell behind to the Cardinals 5-1 in the fifth inning, but answered with three runs of their own. An inning later, Anthony Rizzo went 393-feet to right and tied the game. He fouled off 14 pitches before taking one deep into the creatures.

It sent the crowd into a frenzy.

The most pitches into a plate appearance that a Cubs player has hit a HR since pitch counts have been tracked.@ARizzo44 pic.twitter.com/LvkbzKtkP7

The game stayed locked through the top half of the sixth and it was time for ‘Take Me Out To The Ballgame.’ If plenty of Goose Island and a tie ballgame wasn’t enough to get the fans on their feet, Bill Murray took the mic. He led 35,212 fans in a rousing rendition of the baseball classic.

Murray had done this before. During the Cubs’ historic World Series run in 2016, the legendary comedian sang the song as Daffy Duck.

He also sang to a virtual audience in 2020 after the season continued during the COVID-19 pandemic.

2020 has been so crazy that Bill Murray singing ‘Take Me Out To The Ballgame’ with a bear isn’t even close to the weirdest thing that’s happened. #Cubs pic.twitter.com/RZQZT89BKr

Murray sparked a rally with his performance and the Cubs added two more runs to take a 7-5 lead after seven. The comeback was on, but not complete. Until Wilson Contreras struck the dagger with a bomb back to the creatures.

If you were wondering who leads NL catchers in homers, his name is Willson Contreras and he plays for the Chicago Cubs. #CubTogether https://t.co/iq0lKgoH7i pic.twitter.com/o7UflTR9oj

Along with the come-from-behind win and the comedy legend’s sing-a-long, Cubs fans had a chance to welcome their newest franchise quarterback to the city. Justin Fields received a warm reception.

Baseball is back. Chicago is back. Fans are back. We’re so back.