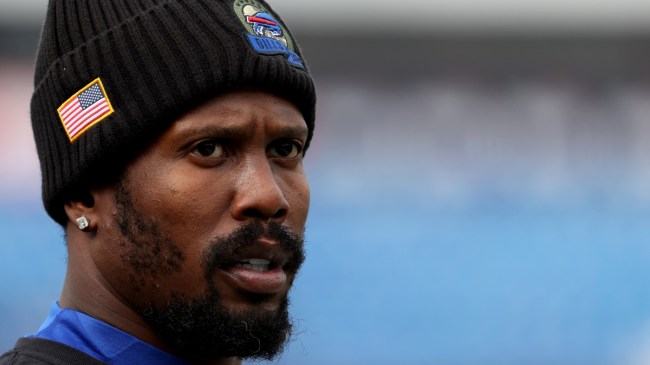 The Buffalo Bills have been one of the hottest teams in the league this season. However, things have taken a turn after Von Miller fell to injury.

While the franchise was hopeful for his return, it turns out Miller is in worse shape than previously perceived.

According to Ian Rapoport, head coach Sean McDermott made it clear that the Bills’ superstar pass rusher is out for the season. After going in for surgery that could have put him on track to return this year, it turns out Von Miller’s injury is much more serious.

A major change for the #Bills: Coach Sean McDermott announces that Von Miller did have exploratory surgery yesterday and they ended up repairing his ACL. He’s out for the season.

Ian Rapoport goes on to explain what transpired on Tuesday. Apparently, the original MRI “did not adequately show a torn ACL.” The surgery yesterday was supposed to “reposition the lateral meniscus that had moved into another channel, while also cleaning up cartilage damage.” Then, in the middle of surgery doctors discovered the Bills’ star had a torn ACL.

Details on Von Miller’s surgery:
— MRI and other images did not adequately show a torn ACL.
— Original plan for surgery was to reposition the lateral meniscus that had moved into another channel, while also cleaning up cartilage damage.
— During surgery, they found ACL torn.

This is just brutal news for a team with Super Bowl hopes. As you can imagine, Bills Mafia isn’t taking it well.

Well, the Bills are still definitely in the running. With or without Von Miller, we understand why this guy says the season is over.

There goes the season

Buffalo is in shambles with this news.

With Von Miller out for the rest of the season, more pressure is on Josh Allen and the offense to pull through. Hopefully, Miller can make a full recovery. But based on his injury history, there is reason to be concerned about his long-term tenure with the Bills.