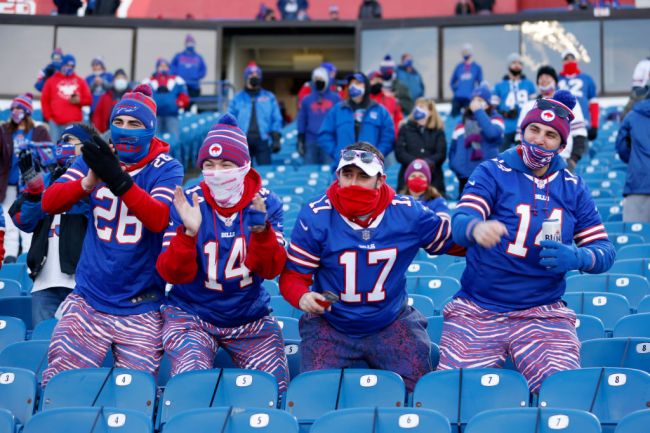 Bills Mafia continues to be the best fanbase in professional football. Buffalo took down Baltimore in Saturday night’s AFC Divisional playoff game 17-3, but the visiting Ravens were without star quarterback Lamar Jackson for the entire fourth quarter. The 24-year-old was tackled awkwardly on a broken play which caused his head to snap back and hit the turf. He stayed down for an extended period of time and went into the locker room, later being diagnosed with a concussion and ruled out for the remainder of the game.

After the game, one Bills fan found that Jackson had previously donated $25,000 to a charity in Louisville, where he attended school and won the Heisman Trophy. Blessings in a Backpack is a nonprofit charity that works to ensure that students who are fed through federal programs during the week don’t go hungry on the weekend. The Buffalo fan posted his findings on Reddit and the donations started to pour in from other Northern New Yorkers.

As of about 3:00 p.m. ET on Sunday, more than 5,000 fans had donated more than $150,000 to Blessings in a Backpack and also brought their good deed to the Ravens’ Walter Payton Man of the Year Bradley Bozeman and his foundation.

Even though the game didn’t go as I hoped last night, waking up to countless donations from #BillsMafia is such a blessing. We are so thankful to all the fans who have made such an impact this season! @BuffaloBills @Ravens #TogetherWeCan @bradnikkiboze

Between their charitable donations and tailgating antics, it’s hard not to love the Bills Mafia. Buffalo is in the AFC Championship for the first time since 1994 and will have support from a few members of its Divisional opponents the rest of the way. Cornerback Marlon Humphrey is one.

Everybody different but I would rather root for the team I lost to to win it all..

He had high praise for the Bills.

If you want to donate to Blessings in a Backpack, click here.