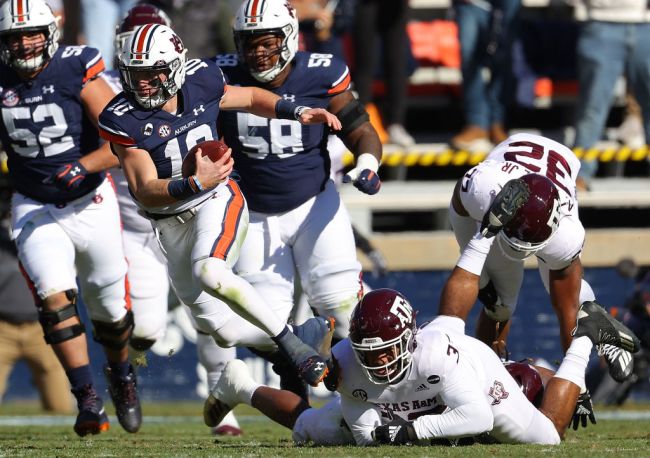 Auburn played host to No. 5 Texas A&M on Saturday morning with hopes of ruining the Aggies’ College Football Playoff hopes and went to the locker room at halftime down 14-10. With about five minutes remaining, down four points, quarterback Bo Nix led the Tigers 80 yards on nine plays and capped it off with an unbelievable touchdown run.

No. 10 took the snap for what seemed like a read-option with an over-the-middle route built in. The pocket collapses as he looks for his very covered receiver in the end zone, and Nix is forced to scramble. 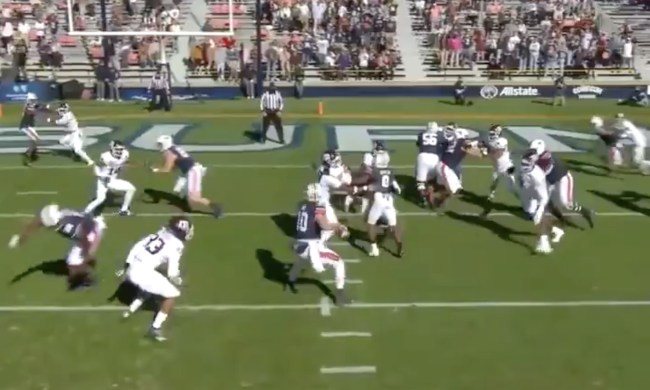 After avoiding a pair of would-be tacklers, just it looked like the A&M defense had him wrapped up for the sack. The defender was literally on top of him. 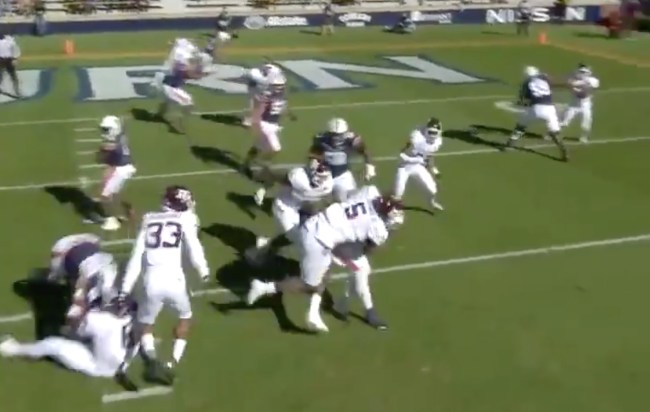 He slipped his way under the effort and rolled back to his left. With the defense shifted entirely to the other side, he had nothing but open space in front of him. 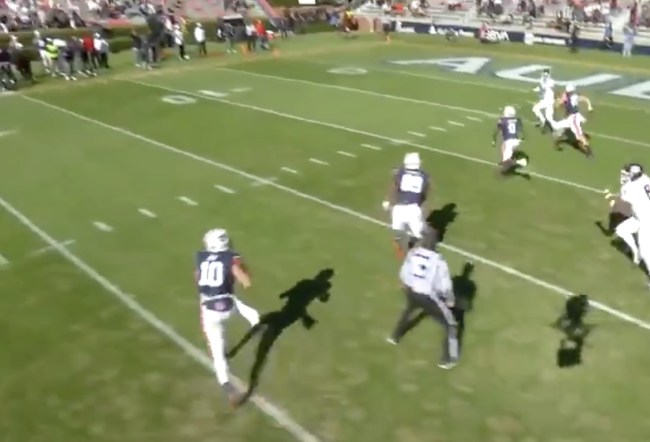 Of course, it couldn’t be that easy and the Aggies closed in near the goal line. With only two men to beat, Nix bowled his way into the end zone. 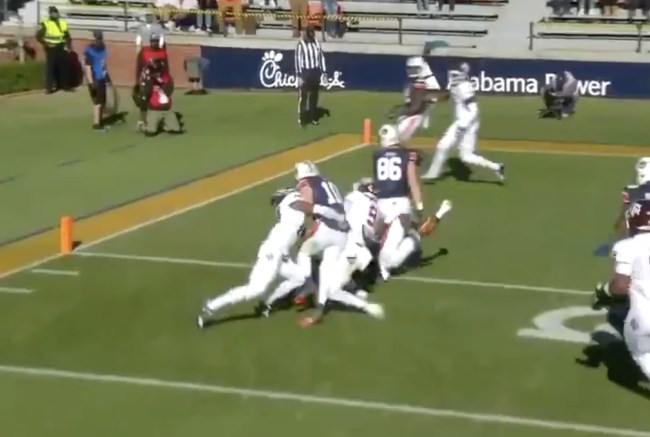 It was an incredible play that gave the Tigers the lead, but their opponents answered on the next drive and took back the lead before the break.

While Nix’s ability to dance in the backfield has its highlight moments, the SEC West quarterback is still unable to throw the ball effectively, and his team has three losses in part because of that fact. With 10 touchdowns through the air on a 61 percent completion rate, he also has thrown seven interceptions and taken 18 sacks through his first eight games of 2020. His turnovers have been and will continue to be an issue.

That trend of poor throws continued early on Saturday as he missed a wide open receiver who would have walked in for six.

It’s a wild ride with Nix at quarterback on the Plains, but the Tiger faithful continue to sing his praises. To each their own.