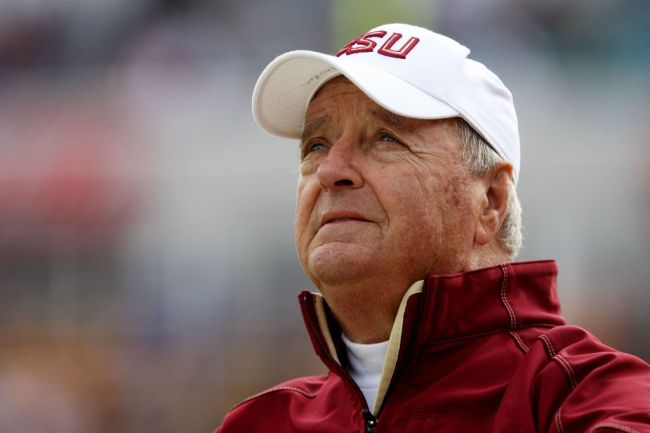 Florida State legend Bobby Bowden has reportedly tested positive for coronavirus, according to Tallahassee Democrat sports reporter Jim Henry. According to Henry, Bowden’s positive test came a day after being released from the hospital where he was being treated for a leg infection.

Coach Bobby Bowden, 90,has tested positive for COVID-19. Just talked to coach and OK’d me to share. Says he feels good, and sounds good. Getting retested today. Tested positive following recent release from hospital for leg infection. Look for my story

Bowden said he has not exhibited any symptoms such as fever or breathing issues associated with the illness.

“I don’t feel bad, yet,” Bowden told the Democrat. “I guess I can loaf around the rest of the week. I just have to keep an eye out for (symptoms).”

He also explained that he is quarantining in his home and that his wife, daughter, and grandson, who have been staying at the house will be retested following his positive test results.