Bruins Prospect Urho Vaakanainen Doesn’t Give A Damn About The Penalty Box, Decides To Sign Autograph For Fan 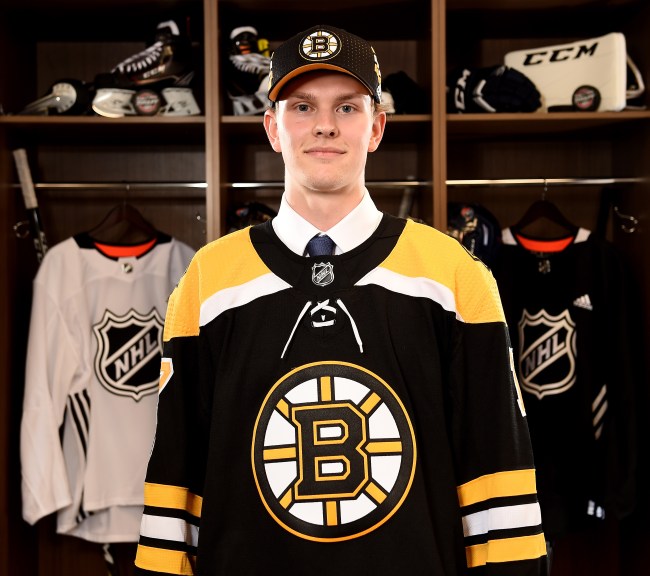 Boston Bruins prospect Urho Vaakanainen sure doesn’t seem to care much about the idea of a penalty box in hockey, totally disregarding what the sin bin is meant for — well, at least he did the other day. He also has some big balls for being a 19-year-old, too, when he decided that he was going against all hockey’s unwritten rules and autographed some stuff for a fan.

Vaakanainen, who was playing for his native Finland against Canada during a pre-tournament game for the World Junior Championships, was serving a penalty with a bout 40 seconds left in the contest when a fan tapped on the glass asking for a signature. Whether it was Vaakanainen not giving a sh*t, or maybe because it’s the season of giving, the kid obliged, autographing something for the fan. Take a look at the video below.

Urho Vaakanainen (BOS) signs an autograph for a fan while serving a penalty. pic.twitter.com/vDxWOI3kY3

Look, this might not be a big deal to some, but I think this is awesome. Forget all those old school hockey people who call this disrespectful to the game and/or opponents, because it’s something more players should be doing. Hell, hockey’s the only sport when something like this could actually happen anyway. Could you imagine if LeBron James in the NBA or Aaron Rodgers in the NFL decided to take a minute to sign something while on the sideline? People would flip their sh*t. Plus, in this case, Urho Vaakanainen’s team was winning and the game was all but over — with less than a minute to go.

Not sure when this kid’s going to suit up for the Boston Bruins, but whenever he does, here’s to hoping him being cool AF and doing stuff like this all the time. Hell, maybe it’s his calling card every time he gets tossed into the penalty box from now on. It’d be like anticipation all those fans in The Mighty Ducks got anytime a Bash Brother was thrown into the box.