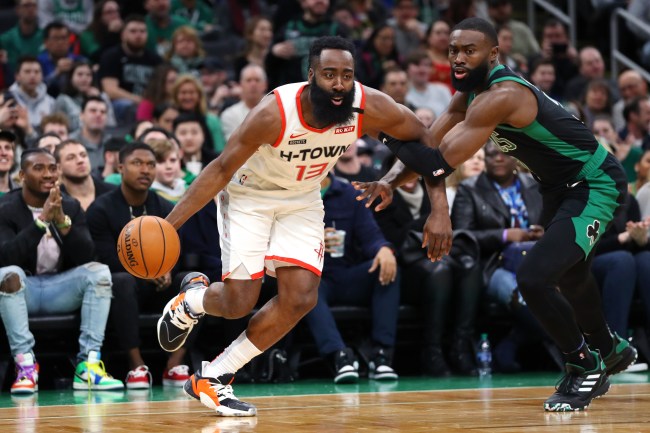 The Boston Celtics have apparently pulled out of the James Harden sweepstakes and it could because of how things crumbled in Houston behind the scenes.

Last week, it was revealed that Russell Westbrook had asked for a trade out of Houston because he didn’t want to play with Harden anymore.

According to The Athletic, Westbrook was frustrated with the team’s lack of accountability especially from his superstar teammate.

On Thursday, Celtics beat writer Steve Bulpett said he spoke to a league source who told him the Celtics did research on Harden and decided against trading for him because they were told to “keep away.” from the Rockets guard due to whatever went down in Houston.

I'm told from a western source @Celtics actually did some research on James Harden to decide if they should pursue a trade discussion… They were strongly advised to keep away. The word on how things slipped apart in Houston didn't paint a lot of people in a very good light.

It’s unclear what happened in Houston to cause the Westbrook-Harden breakup but it must have been real bad for someone to tell the Celtics to stay away from Harden.

With the Celtics out, the Sixers and the Nets are the frontrunners to trade for Harden this offseason.