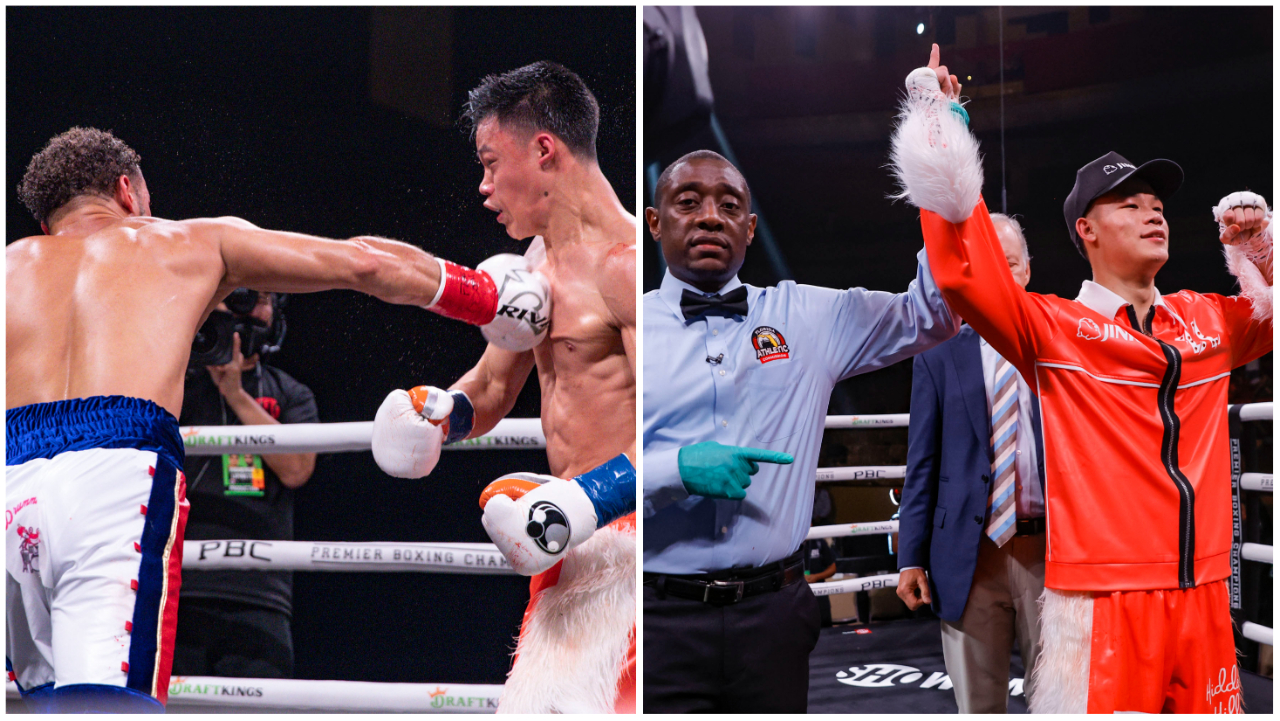 Undefeated up-and-coming boxer Brandun Lee faced some serious adversity for the first time in his career on Saturday.

Lee, a -3000 favorite, was knocked to the ground with a vicious right hand in the third round by opponent Will Madera.

Lee was able to recover and get the unanimous decision win but he felt like he did need to work on his defense a bit when he gets back home.

“It’s something that I haven’t experienced before as a professional, but all great fighters get hurt or dropped at least once in THEIR career. I recover mentally real fast, but as far as getting my rhythm it like a round.

I saw the highlight. Of course. Keep on my left hand up. Of course, I know when I go back home I’m going to hear about it from my mom”

Lee feels like his experience helped him keep his composure and come back in the fight.

“It shows I have a lot of experience and that’s something I would say because a lot of fighters would be down for the rest of the fight or they’d be scared. I started boxing and going forward, but I was still in the fight and still wanted to fight”