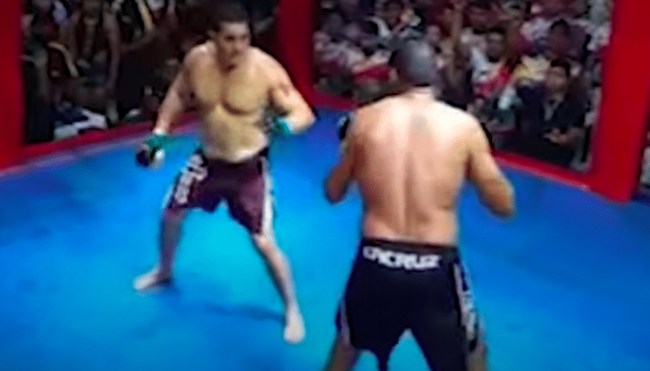 This Christmas will mark the seventh anniversary of what is perhaps the most glorious moment in the history of Twitter: the saga known as “Meet Me in Temecula,” which began as an online argument over the talents of Russell Westbrook and ended with one of the men who engaged in it hopping in his car and driving 50 minutes with the goal of fighting a total stranger who disagreed with him online.

People have been challenging “keyboard warriors” to meet them in person to settle their differences for decades (I like to think rival physicists challenged each other to fisticuffs shortly after a scientist at CERN unveiled what was dubbed the “World Wide Web”). With that said, it’s pretty rare for two mutual combatants to meet up and squash their beef for good.

However, we were treated to a very notable exception courtesy of two Brazilian politicians who recently agreed to do exactly that when they faced off in an MMA match stemming from a virtual war of words.

According to TMZ, Borba mayor Simao Peixoto took exception to ex-councilor Erineu Alvas Da Silva’s decision to call him a “coward” online, and after the latter threw down the gauntlet, the two men agreed to settle their differences by going toe-to-toe for three rounds in the cage over the weekend.

Resolveram as diferenças no braço.

Neither man managed to land a decisive blow or takedown, and when everything was said and done, Peixoto emerged victorious after winning the bout via decision.

Here’s to hoping this is a trend that catches on.