Breakdancing Has Been Declared An Olympic Sport And People Are Very, Very Excited 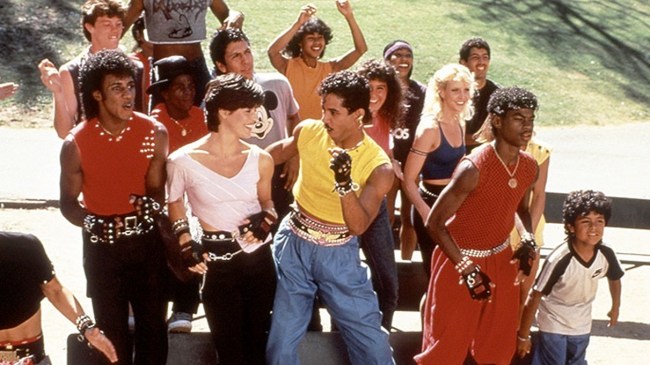 Well, it happened. Breakdancing has now been added as an Olympic sport for the 2024 Paris Summer Games.

In a day that will go down in the history books, December 7, 2020 is when the International Olympic Committee officially decreed that breakdancing is a … sport. Techincally, they are calling it Breaking, which until just now I had never heard used to describe breakdancing, but, well, I am not a breakdancer, so there you go.

Don’t get me wrong. Breakdancing will 100 percent be the highest rated event on TV during the Olympics in 2024. Just imagine all the viral clips and GIFs the internet will produce.

Actual sports skateboarding, sports climbing and surfing were also added by the IOC on Monday. Those sports will be officially added in 2021 at the Tokyo Games.

The news about breakdancing was very well received by sports fans, for reasons already mentioned, but not everyone was happy.

For example, baseball… still not an Olympic sport.

Neither is squash, which ticked off squash player Michelle Martin, who told The Guardian, “You just look at the whole thing and you just go, ‘Where’s the Olympics going?’ I know some people say breakdancing’s a sport but… I don’t understand. The Olympics was all about a score, or it was a running race.

“There was a definitive answer and results to sports. You bring in all these judging things and it just gets so corrupt and so out of control. I just don’t get it anymore.”

“It being in the Olympics, it makes sense that people would refer to it as (a sport) but I think one thing for the breaking community is we want to make sure that it’s not known as just a sport but an art, a sport, a culture.”

Reactions to the news by sports fans was pretty much what you would expect – a mixture of jokes, excitement and derision.

Break dancing in the 2024 olympics should be a treat.

As break dancing is announced as an event for the 2024 Olympics thousands of middle aged men think "I might have a crack at getting a medal, my headspin at the 4th year school disco was flawless".

For everyone who is saying “this isn’t a sport!” can explain to me how it’s less of a sport than this pic.twitter.com/31jcCxcy7I

Invest in stripper pole manufacturing..this "art form" will be next ffs!

This would have been better about 30 years ago. Still, it’s better than most Olympic events so I won’t complain. https://t.co/ZKmeMtfTus