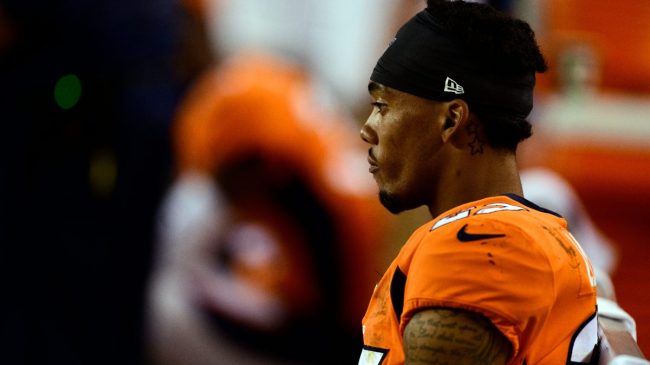 A former NFL player was arrested for his involvement in a fight at a Newark airline.

Brendan Langley, who played a couple of seasons in Denver after being taken as the Broncos’ third round selection in 2017, was caught on video viciously decking an airport employee after what started as a verbal altercation.

Reports have stated that the incident might’ve begun over the use of a handcart, which seems very minor when looking at how the fight eventually escalated.

Viewers beware, this video does have some graphic footage.

In the above clip, which is started mid-argument, it appears as though the airline attendant slaps Langley first. The former NFL-er retaliates with a haymaker that staggers the employee and sends him tumbling over the bag check.

Another angle of the airline fight attempts to give more context

The below video shows a bit more of the lead up to the fight, but still does not tell the full story.

This shows it earlier on but doesn't help explain much.pic.twitter.com/Hz5KDBaJME

The two trade a few blows before Langley ultimately ends the altercation. The airline worker is left with a large gash above his eye, though he appears to get up and ask for more. He squares up Langley again before the fight is broken up.

Langley was soon arrested on a simple assault charge according to police. The employee was not charged despite Langley’s pleading that he did not throw the first punch.

With the arrest, Langley could see professional ramifications. Though he’s no longer on an NFL roster, the cornerback has been playing in the Canadian Football League.

It will be interesting to see what comes out of this ugly altercation.