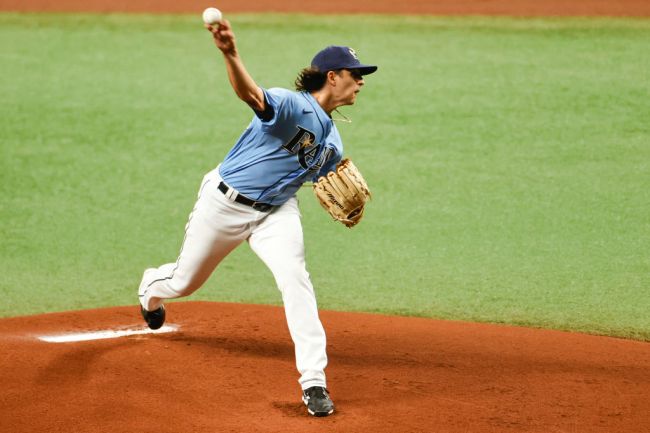 Brent Honeywell Jr. made his MLB debut with the Rays on Sunday after long, difficult journey to the top. The 26-year-old hails from Carnesville, Georgia and was one of the top prospects in the game after spending one year at Walters State Community College, where he went 11-3 with a 2.81 ERA with 102 strikeouts. He heard his name called in the second round of the 2014 MLB Draft, rose through the minors, reached the AAA level in 2017, started for the United States in the All-Star Futures Game that year and was added to the team’s 40-man roster after the season.

Set to be called up permanently in 2018, Honeywell encountered his first of four major setbacks during spring training and was forced to undergo Tommy John surgery for a torn ulnar collateral ligament in his elbow. The surgery used to be a death sentence for a pitcher’s career, but modern technology and rehabilitation has allowed players to come back after going under the knife— though it is not a guarantee.

After working his way all the way back, Honeywell fractured a bone in his right elbow while throwing a bullpen session and was ruled out for 2019. His 2020 season was also lost as he underwent a compression procedure to remove scar tissue from his right ulnar nerve. And then as recently as December, he was back in the operating room to fix a bone spur in his elbow that led to some clicking.

To work your way through four surgeries, all of the rehab, and people telling you to give it up requires a ridiculous amount of mental toughness, which Honeywell has. He never stopped chasing his dream and had the hard work payoff on Sunday.

Honey is right where he's supposed to be pic.twitter.com/EmKPO45SmE

Designated as the Rays’ opener against the Yankees, his debut wasn’t going to be long, but he made it count.

1,300 days since he last took the mound, @brent_honeywell threw two perfect innings for the #Rays. pic.twitter.com/qmBLTNtHYb

Honeywell’s first Major League inning was 1-2-3 and only required nine pitches. He threw two innings in total and recorded his first two career strikeouts against Giancarlo Stanton and Gleyber Torres.

Prior to his surgeries, he made five consecutive Baseball America top-100 prospect lists and peaked at No. 11 on Baseball Prospectus’ annual list. If he can stay healthy, his form on Sunday proved that he could be as good as he was once tabbed.

Moments and stories like these are why sports are awesome. Honeywell’s four-year comeback is complete and his