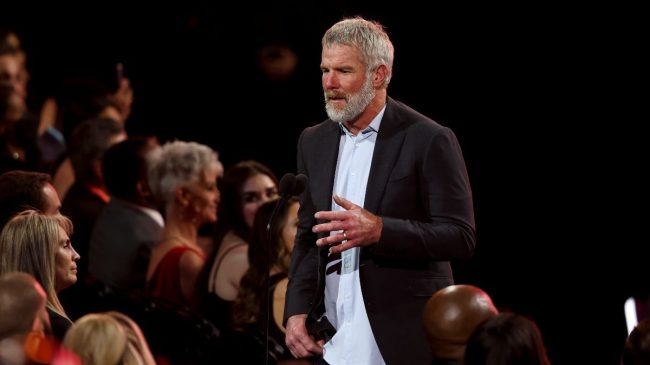 Things aren’t looking great for Brett Favre. He’s been in a sticky situation as the former Green Bay Packers quarterback allegedly stole money from a welfare fund in Mississippi.

Favre claims he didn’t know, but a text message exchange indicates differently Now, it appears the Hall of Fame quarterback has finally hired a defense attorney and his choice is rather odd.

According to Front Office Sports, Favre has officially hired Eric Herschmann, who is a former White House lawyer. Herschmann is most well known for advising Donald Trump to “‘get a great  f—ing criminal defense lawyer’ in the aftermath of the Jan. 6 insurrection.”

It’s a rather questionable decision by Brett Favre. Especially considering Eric Herschmann “is only listed as a defense attorney in two federal criminal cases — and none over the last two decades,” per A.J. Perez.

Herschmann didn’t waste any time once Favre hired him. In fact, the defense attorney claims, “I only agreed to represent Brett Favre after I did my independent due diligence and was convinced that he did nothing wrong. Brett enthusiastically tried to help his alma mater, a public university, that needed and wanted his help.”

Although his attorney delivers this bold statement, Brett Favre is still under fire for this Mississippi welfare scandal. And for good reason.

The revealing text messages don’t make it easy for Favre to combat. Regardless, his newly hired defense attorney states, “To be clear, Brett had no idea that welfare funds were being used or that others were involved in illegal conduct,” per Front Office Sports.

We’ll see how this all plays out as this is long from being over. It’s an ugly situation throughout. All eyes are on Brett Farve right now, especially after his strange defense attorney hire. Look for more information to come to light in the coming months. Especially considering Favre continues to claim his innocence.