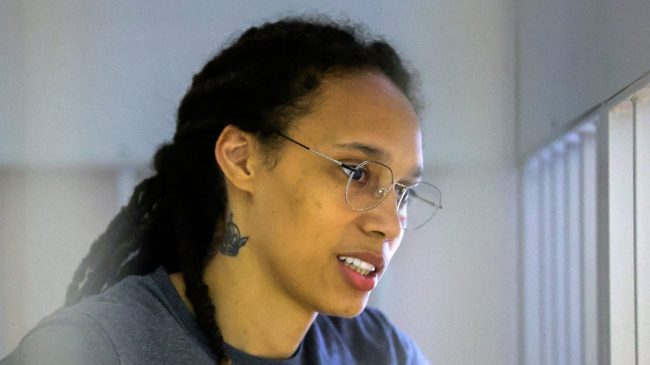 Brittney Griner has finally been released from Russia. An American citizen is coming home after being given a wildly unfair punishment that didn’t fit the crime.

Although many are clamoring about Joe Biden giving up a terrorist for her release, this should still be viewed as a win for the USA. Now, Brittney Griner’s wife, Cherelle Griner, makes a public statement and claims they’ll continue fighting “to bring every American home.”

According to ABC News, Cherell Griner made sure to acknowledge the US citizens still wrongfully locked up in Russia. Obviously, she’s proud to have Brittney Griner finally return home. However, it’s cool to see her show support for the other Americans still detained in Russia. Her full statement is below.

“Today my family is whole — but as you all are aware, there’s so many families who are not whole.”

Cherelle Griner pledges she and Brittney Griner “will remain committed to the work of getting every American home.” https://t.co/MNTPJkMnuu pic.twitter.com/L97SUSYflL

Many are up in arms over the fact Joe Biden couldn’t also acquire US Marine Paul Whelen in the trade. However, it’s not like Vladimir Putin was ever going to do a two-for-one deal. It’s possible to be happy for Brittney Griner while also being concerned that Viktor Bout is back in Russia. Not everything has to be so black and white.

Maybe the USA can continue negotiating and find a way to bring everyone home one day. Until then, Brittney Griner and her wife are just happy she’s finally released as an American finally comes home. Hopefully, their future efforts bring Whelen and the other US prisoners home too.