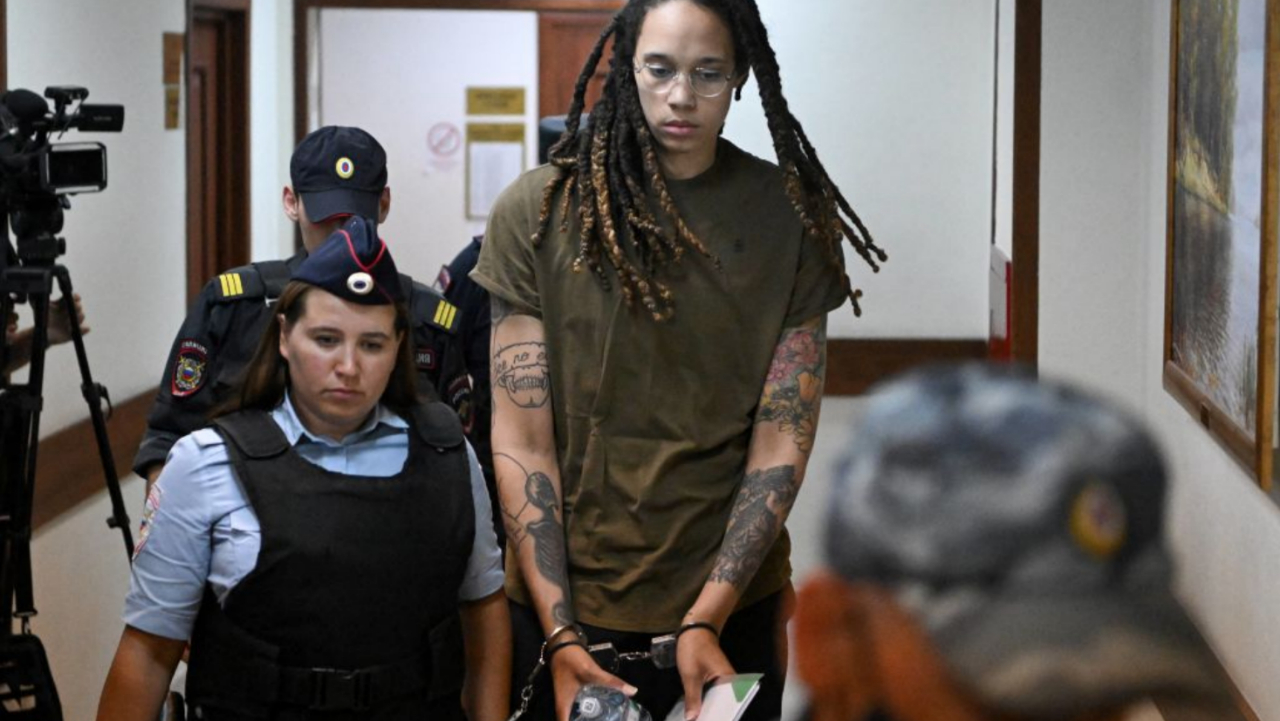 According to ESPN, Griner, who is currently serving a 9-year sentence for drug smuggling, has been transferred to another penal colony, and no one knows where she is right now.

Brittney Griner is being transferred to a Russian penal colony — a move her family has dreaded since Griner’s August conviction on drug charges — but her lawyers don’t know where she is or where she’s heading, her Russian legal team announced early Wednesday in Moscow.

The transfer began Friday, her lawyers said, a day after U.S. embassy officials visited her and far ahead of the schedule they had anticipated after Griner’s appeal was denied Oct. 25. Typically, her attorneys had said, a transfer takes weeks or months. Griner’s attorneys and U.S. officials were not aware she had been moved until Tuesday.

It’ll likely take several weeks until her family knows where she is.

Brittney Griner's transfer to a Russian penal colony began Friday, but her attorneys and U.S. officials were not aware she had been moved until Tuesday.

Her exact whereabouts might not be known for weeks. https://t.co/2TTn0yGjka

Griner’s family might not know where she is for some time; according to her lawyers, “Notification is given via official mail and normally takes up to two weeks to be received.”

“Every minute that Brittney Griner must endure wrongful detention in Russia is a minute too long,” “As the Administration continues to work tirelessly to secure her release, the President has directed the Administration to prevail on her Russian captors to improve her treatment and the conditions she may be forced to endure in a penal colony.”

U.S. Secretary of State Antony Blinken went on to blast Russia over the transfer.

“Following a sham trial and the unjust sentencing of Brittney Griner, Moscow is transferring her from a prison in Moscow to a remote penal colony, It is another injustice layered on her ongoing unjust and wrongful detention.

“As we work to secure Brittney Griner’s release, we expect Russian authorities to provide our Embassy officials with regular access to all U.S. citizens detained in Russia, including Brittney, as is their obligation. Ensuring the health and welfare of U.S. citizen detainees in Russia is a priority, and we will continue to press for fair and transparent treatment for them all.”