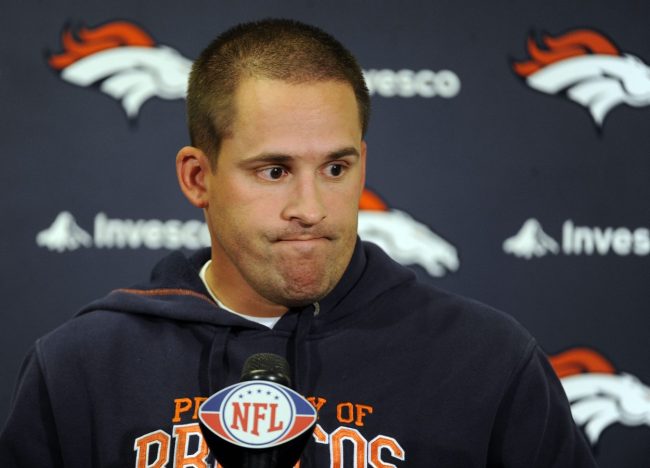 Josh McDaniels spent two seasons as the head coach of the Denver Broncos in 2009 and 2010. However, after a videotaping scandal came to light, the former (and now current) New England Patriots assistant was fired, despite claiming no knowledge of the situation.

Now, nearly 11 years later, one of his former players is saying otherwise.

D.J. Williams, who played linebacker in the Mile High City from 2004-2012, recently joined the ‘I Am Athlete’ this week. He reflected on his time with the Broncos and had a different idea of what was going on than Daniels.

He remembered how McDaniels was fined after an assistant was caught filming a San Francisco 49ers walkthrough. Williams said that at that point, he and his teammates realized that the only reason they had a 6-0 start, was because they were cheating.

"We started 6-0." – "We lose to San Francisco, our film guy got caught filming their practice."

While Williams’ account of what happened may have taken place, but his timeframe is off. The Broncos began 6-0 and finished 8-8 in McDaniels’ first season with Denver.

The videotaping incident, however, happened in McDaniels’ second season, when Denver was sitting at 3-7. Thus, if Williams’ claims that the Broncos were cheating right up until they got caught against the 49ers, then he forgot a lot of losses in the process.

McDaniels was fined for not reporting the videotaping violation. He claimed that the videographer acted on his own.

Williams, based on his comments, obviously disagrees.

The timing of these allegations are particularly interesting. There is significant interest in McDaniels around the league for current head coaching jobs.

Among the teams that are believed to be considering McDaniels are the Chicago Bears, Minnesota Vikings, the New York Giants, and now the Houston Texans. Will they take a risk on someone who was fired in Denver after two years and was allegedly cheating along the way?