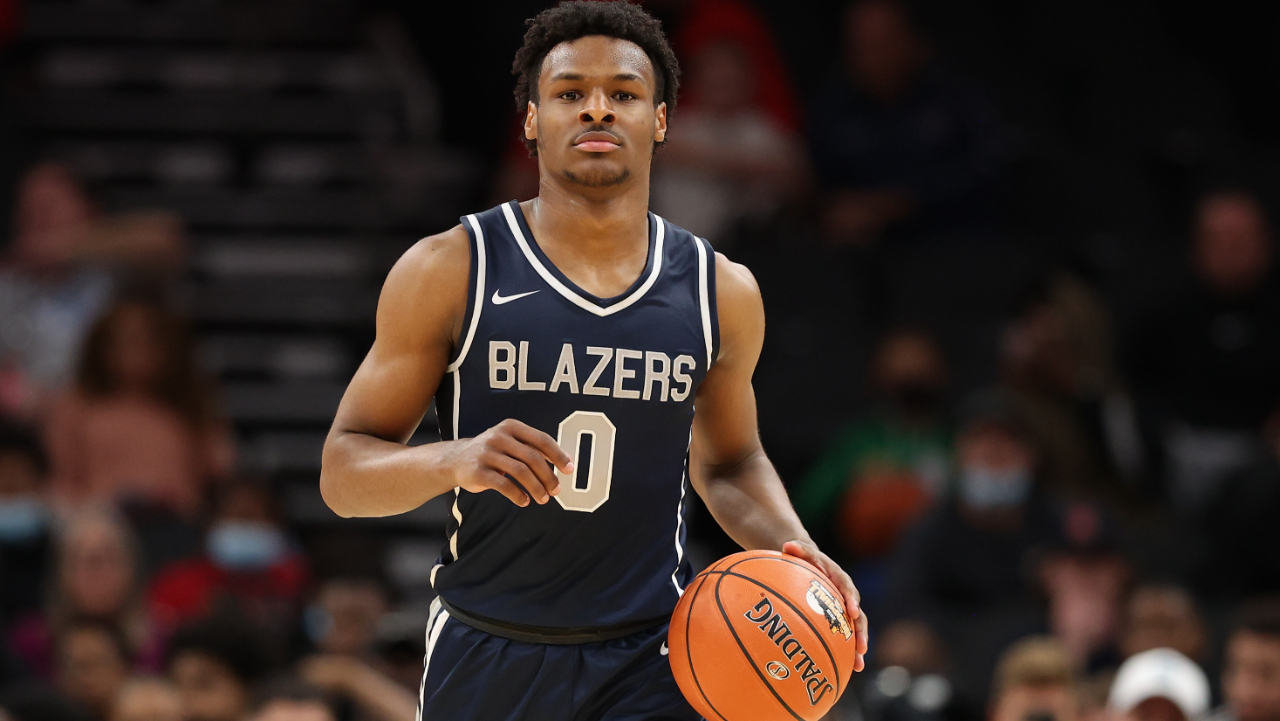 Bronny James is started to get noticed after having a breakout summer.

Earlier this year, Bronny fell out of Rivals’ top 50 rankings, leading to his father, LeBron James posting an encouraging message to him on Instagram.

Young 🤴🏾 coming for what’s his! Don’t want nothing given, everything is EARNED!! Let’s keep working kid! @bronny #JamesGang👑

According to a major college coach, he likes what he’s seen from Bronny over the summer and believes LeBron’s son has some his dad’s attributes.

“He really played well in the Peach Invitational; he took on a more aggressive scoring role in July. Granted, the competition wasn’t as strong, but he showed more assertiveness as a scorer,” one high-major college coach said. “Bronny actually plays with some similarities to his father — he plays high just like his dad does, he has a tremendous feel for throwing the ball ahead in transition. He keeps the ball hot, knows the right play to make and does so on time. He really moves his feet defensively and has the lateral quickness and strength to be a terrific on-ball, point-of-attack defender. The consistency of his jump shot still comes and goes, and he is not yet able to access his vertical athleticism in the half court. However, in transition or with a runway to the rim Bronny has some pop.

The anonymous coach says he believes Bronny has the potential to become a backup NBA point guard.

“Where I would like to see him grow is as a one-on-one creator of his own offense. You don’t often see him put together ballhandling sequences that lead to him getting all the way to the rim, or much shot-making off the dribble. I think Bronny has some NBA potential as a backup point guard. I would like to see him settle into college and continue to grow more comfortable finding his own offense, but he’s a good, smart player.”