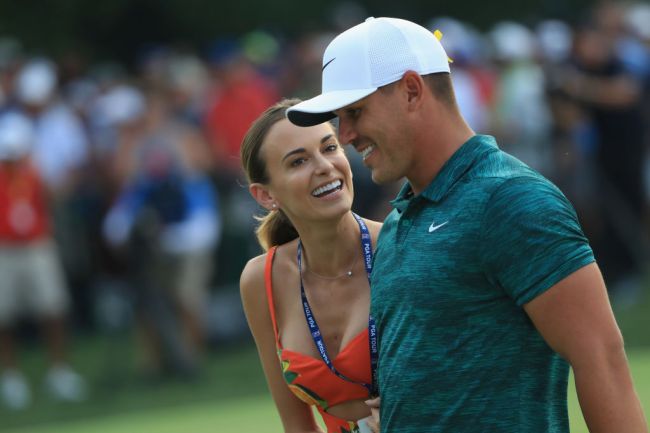 Brooks Koepka had a rather disappointing 2020 season that was unfortunately plagued by injuries. He teed it up in just 15 events during the calendar year and while he did manage four Top 10 finishes, he didn’t find the winner’s circle.

Koepka decided to tee it up in this past week’s Mayakoba Golf Classic in Mexico, because why the hell wouldn’t you head to Mexico in December to sit by the pool and also play a little golf for a paycheck. Koepka didn’t golf his ball all too well shooting back-to-back 71’s to open the tournament which resulted in him missing the cut by a shot.

Missing the cut by a shot would frustrate a lot of players out on the PGA Tour, but Koepka has made over $32 million in his career and is the owner of four major trophies. So, naturally, he threw on a Versace outfit, sat on the beach, and had his girlfriend Jena Sims feed him a few grapes as if he was a Greek god.

Sims posted the photo to her Instagram story on Monday afternoon.

It’ll be interesting to see if Brooks Koepka ever bounces back from his missed cut at Mayakoba. He seems pretty tore up about it. pic.twitter.com/BDcZ8WShlk

Some people take missed cuts far better than others, that’s for sure.

Whenever I see a photo like this I always have two questions: who had the idea for the photo and who is actually taking the photo?

I think Koepka is a lot funnier behind closed doors, or in this case on his girlfriend’s Instagram, so I think it was a joint effort in saying ‘hey, let’s get this photo.’ As for the second question of who took the photo. Who the hell knows? Koepka definitely travels with a team, but it could have been a total stranger that they asked to snap the pic.