Caps Player Had Part Of A Finger Sliced Off, Reattached During Stanley Cup Final Because Hockey 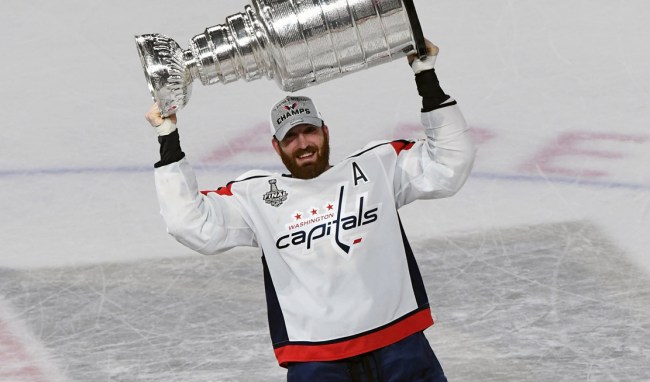 Here’s a story is 100 percent hockey for you. Washington Capitals defenseman Brooks Orpik had to have part of a finger reattached after it was sliced off during the Stanley Cup Finals.

That is so hockey it hurts. But probably not as much as getting part of your finger sliced off by a hard slash from Vegas Golden Knights center Erik Haula. Not that it seemed to bother Orpik who calmly told reporters part of his pinky finger just “kinda fell off.”

“It probably looked worse than it was to be honest with you. It was tough to look at, but the trainers did a really good job. It was never something that I thought would keep me from playing,” Orpik told the media on Wednesday.

Orpik on his finger: “It kinda fell off.” Also, an unrelated hand injury he suffered in the Columbus series might require surgery. Hockey players, man. #ALLCAPS pic.twitter.com/HoxTlCNvDP

Slash from Erik Haula late in Game 2 actually took off tip of Brooks Orpik’s left pinkie finger. He said it had to be stitched back on.

After Game Two, the 37-year-old Orpik played coy about the injury, holding his arms behind his back as he told the media, “I’ll address it later on. It’ll be fine for the game.”

Listen to what The Sports Junkies on 106.7 in Washington had to say about the injury.