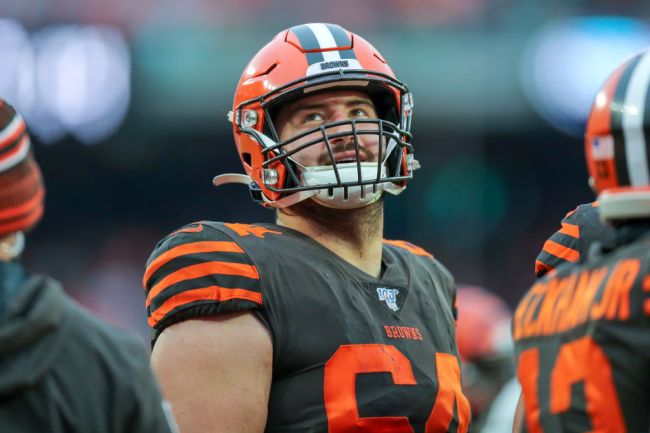 The NFL is allowing teams around the league the ability to force unvaccinated players to wear bright-colored wristbands so that they can be recognized easier. Cleveland Browns center and NFLPA president JC Tretter isn’t on board with it.

The 30-year-old is upset that the league is allowing this and thinks that all the NFL is trying to do is publicly embarrass unvaccinated players with this wristband policy.

“So, what it really comes down to is the NFL wanted to put a policy in place to try to shame unvaccinated players publicly about their status and make that know to everybody on the field, and that shouldn’t be the case because it’s unnecessary and we all know who’s vaccinate and who’s not and it doesn’t need to be a scarlet marking on people’s helmets or wrists.”

Tretter also made the point that no other leagues have used any sort of wristband or helmet decal to point out the unvaccinated players.

Related: The NFL Is Indirectly Mandating COVID Vaccines With Threat Of Forfeiture, Punishments For Only The Unvaccinated

The news about the colored wristbands was shared earlier this week and coincided with a report that 13 NFL staffers and four players have tested positive for COVID-19 this month despite being fully vaccinated.

Adam Schefter’s initial report about the wristbands also stated that the NFL and NFLPA were “at odds” about the policy. Based on Tretter’s comments on Thursday, it’s clear that that’s the case.