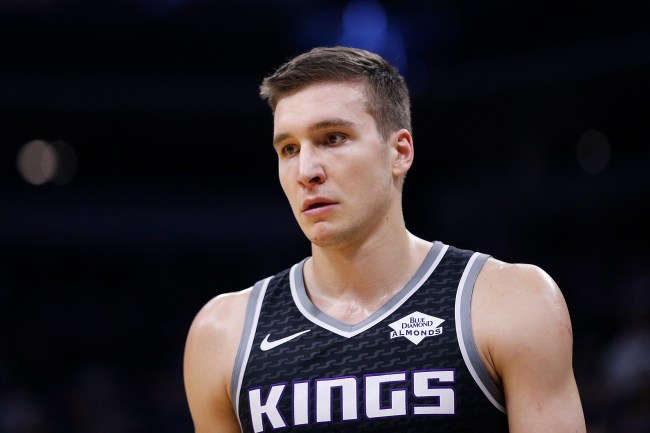 The NBA is currently investigating a proposed trade between the Milwaukee Bucks and Sacramento Kings that may have violated league’s anti-tampering rules after a rival team complained to the league about it.

Two weeks ago ESPN reported that both teams had agreed to a deal that would have sent Kings shooting guard Bogdan Bogdanovic to the Bucks for Donte DiVincenzo, D.J. Wilson and Ersan Ilyasova in a sign-and-trade move. The trade raised plenty of eyebrows because it was done before the start of the free agency period. Eventually, the trade was mysteriously called off and it completely fell apart.

The Bucks and Kings had arranged a sign-and-trade, as first reported by @espn, centered on Bogdanovic

According to a report from Bleacher Report’s Jake Fischer at least one rival team had filed a formal complaint against the Bucks for tampering.

Either way, at least one rival team filed a formal complaint to the league office Wednesday, sources said. And by that afternoon, the league informed both Milwaukee and Sacramento that it would open an investigation into an alleged sign-and-trade already being agreed to four days before free agency had begun. The league also sent a memo to all 30 teams that afternoon reminding franchises of the NBA’s anti-tampering policies, encouraging teams not to “jump the gun” in contacting players under contract with other teams and warning punishments of up to $10 million and draft-pick forfeiture.

After the report made the rounds on the Internet, NBA fans have been trying to figure out who complained to the league about the Bucks-Kings trade.